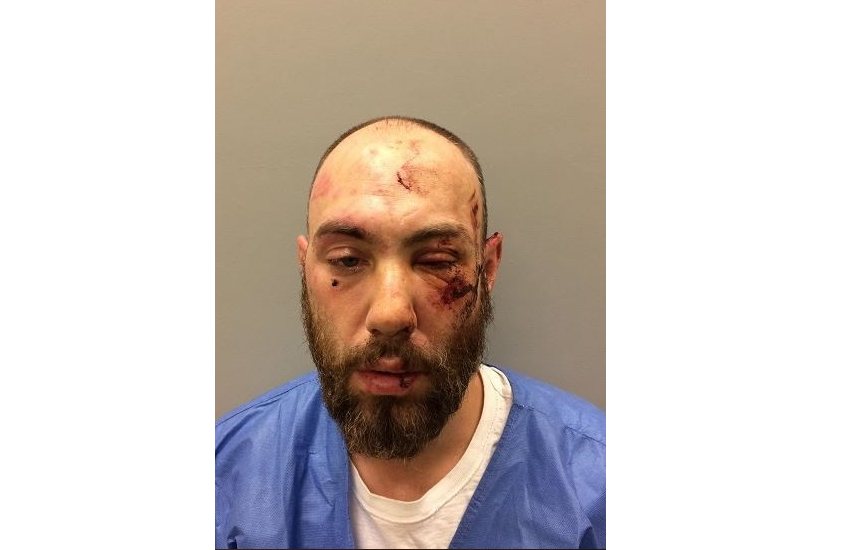 Donald Morgan, 35, who has no permanent address, was arrested at approximately 7 p.m. Friday by members of the Rhode Island Violent Fugitive Task Force, ending an intensive two-day search by the Rhode Island State Police and several local police departments.

Donald Morgan was charged with:
• Escape from custody
• Possession of a stolen motor vehicle
• Obstructing an officer in execution of duty
• Larceny of a motor vehicle
• Reckless driving
• Resisting arrest

Two other people were arrested and charged with harboring a criminal. They were identified as:

Morgan initially had been arrested about 11 a.m. Wednesday, November 8, after a car crash on Interstate 95 South, near the intersection with Route 10. Troopers investigating the crash learned that the car had been reported stolen the day before.

Morgan was arrested at that time and for possession of a stolen vehicle/parts and obstructing an officer in the execution of duties for allegedly providing misinformation about his identity at the time of his arrest.

Morgan was taken to Rhode Island Hospital for treatment of injuries suffered in the crash. He later was brought to the Lincoln Woods Barracks, where he was held overnight pending arraignment in Sixth Division District Court on Thursday. However, he escaped from custody at approximately 9 a.m. Thursday while a trooper who was transporting him to court.

The investigation showed that Morgan was being transported in the rear seat of the cruiser with his hands cuffed in front of him due to the nature of the injuries suffered in the crash that led to his arrest. At approximately 9 a.m., the trooper stopped to investigate a car crash blocking the southbound lanes of travel on Route 146 in Providence. When the trooper got out of his cruiser to check on the wellbeing of the motorists involved in the crash, Morgan took control of the cruiser and drove off.

The cruiser was recovered about a half-hour later, after it was found abandoned on Vineyard Street in Providence. Rhode Island State Police, assisted by officers from the Providence Police Department and the Cranston Police Department, launched an intensive search using K-9 units as well as the RISP Tactical Team. The search efforts ended last night, when the Rhode Island Violent Fugitive Task Force arrested Morgan at a residence in Cumberland, Rhode Island. They also arrested Daniel Medeiros and Rachael Read at that time.