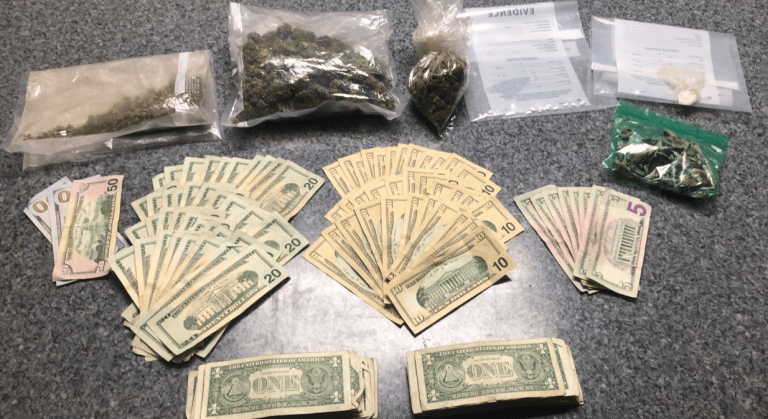 Just before 11 p.m. yesterday Troopers Katherine Sullivan and Brian Galvin responded to reports of a single vehicle crash on Route 24 southbound prior to Exit 15 in West Bridgewater. Upon their arrival the operator of the vehicle that crashed, identified as Anthony Viverito, 20, of Fall River, was seated in the vehicle of a Good Samaritan. Troopers asked him what happened and noticed he was clutching a black bag very tight. They had Viverito exit the vehicle so the Good Samaritan could leave; Viverito then showed signs of being nervous.

As the troopers escorted Viverito to a cruiser he ran from the scene into the woods, dropping his black bag. An inventory of the bag revealed over two ounces of marijuana packaged for resale, along with a bag containing hallucinogenic mushrooms, and a pill bottle with 17 Xanax pills.

Trooper Galvin began a search of the area with his K-9 partner Dax and successfully located Viverito in the woods just before 1 a.m. Troopers also discovered a fresh bag of a substance believed to be Fentanyl near a tree in the immediate area of Viverito . This was also Trooper Galvin’s last K-9 search before moving on to a new position within the State Police.