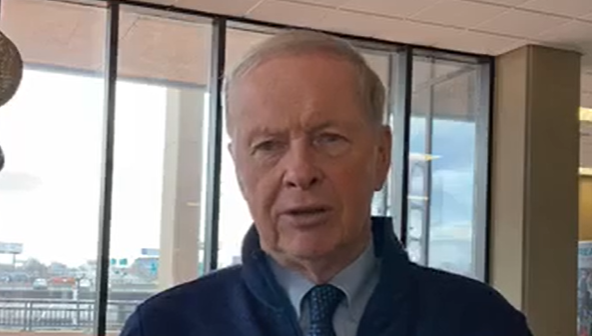 The City of Fall River finally has a new City Administrator.

In a unanimous 9-0 vote, Seth-Thomas Aiken was appointed as the new City Administrator at Tuesday’s City Council meeting after a request from Mayor Paul Coogan.

Councilors expressed optimism on the appointment of Aitken and the relationship between him and the Council to move the city forward.

Aiken has been described as honest, by the book, and someone who will tell it like it is.

According to a biography of Aitken, he attended Syracuse University from 1992 to 1997 where he received a bachelor’s in industrial design. Aitken also attended Roger Williams University of Law from 2006-2009 accruing a Doctor of Law.

Aitken was an assistant district attorney for Bristol County from 2010 to 2012 and moved on to be a staff associate at the University of Massachusetts School of Law until opening his own law office in 2013.

Mayor Coogan expanded on why he thinks Aiken is the person for the job.

“Seth Aiken’s experience- in the US Army, as Assistant District Attorney and, most recently, as our Assistant Corporation Counsel- made him an excellent candidate for this position. He has proven himself to be a leader, a problem solver and a quick study of City functions. We are excited to have Seth join us and I look forward to working with him to improve the City of Fall River. I thank the City Council for their thoughtful consideration of Mr. Aiken and for their vote of support at last night’s meeting.”

In May of 2021, Tim McCoy was appointed as an interim city administrator as the city continued to look for someone to fill the position after Cathy Ann Viveiros resigned in November of 2019.