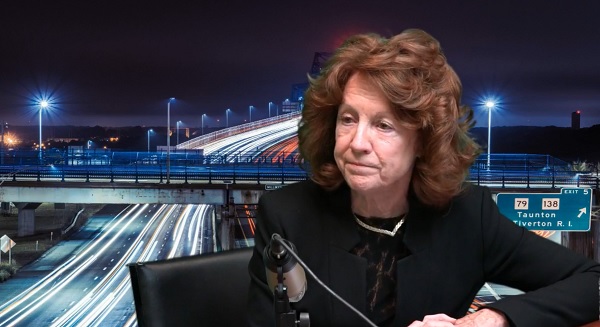 There are two kinds of write-in candidates; official and unofficial. The unofficial candidate tells their friends to vote for them and makes some posts on social media. They file no paperwork, raise no funds and spend little to no money on their campaign. It’s just a fun game for them.

Yesterday, I contacted the Massachusetts Office of Campaign and Political Finance (OCPF) and asked them if they consider Cathy Ann Viveiros an official candidate even though she is a write-in candidate for mayor. They informed me that there are two factors they consider when determining if a candidate is official or not.

First, has the candidate filed an initial report for a political office in Massachusetts. When searching the OCPF database it clearly shows the Viveiros campaign filed their initial report on Friday, October 18, 2019: 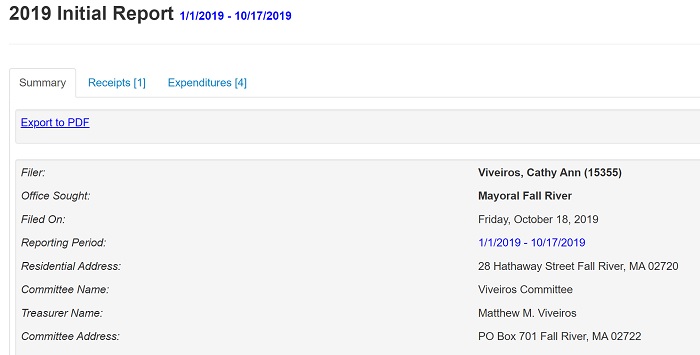 Second, has the candidate spent money towards the office they are seeking? Again, after searching the OCPF database, the results show the Viveiros campaign has spent $5,661.79 so far in this campaign cycle:

The Massachusetts Office of Campaign and Political Finance and Fall River Reporter considers Cathy Ann Viveiros a legitimate candidate and I consider her a serious candidate for mayor of Fall River. This does not mean I or Fall River Reporter endorse her or feel she has the right to debates with Paul Coogan (we addressed the debate question in our “Paul Coogan: No Fall River mayoral debates before November 5th” article). What we do believe is that Cathy Ann Viveiros is a legitimate candidate and we also feel very qualified. Three mayors have kept her on as a City Administrator, that’s a great resume for someone running for mayor. Again, this should not be taken as a political endorsement, but simply presenting the facts – she’s a legitimate, very qualified candidate yet an extreme underdog in the Fall River mayor’s race.

You can see our interviews with Cathy Ann Viveiros and Paul Coogan here: