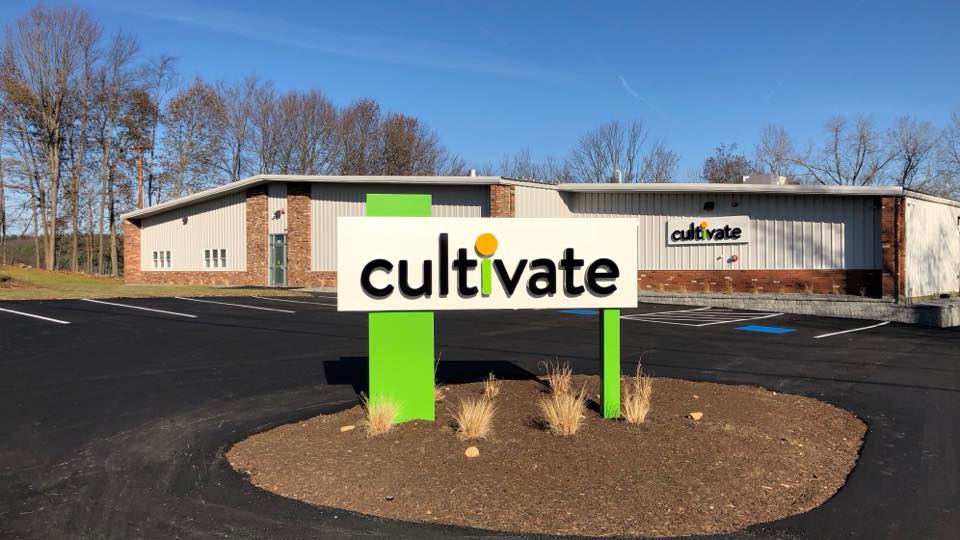 Some businesses have trimmed their hours, changed the way they serve customers, or hiked wages and sweetened benefits to entice applicants as the pandemic-influenced job market reshapes itself.

Marijuana businesses are among those keeping a “now hiring” sign in the window, but for different reasons than the restaurants, hotels and retailers scrambling to get back to pre-pandemic staffing levels. The challenges that cannabis companies face in hiring differ, too — too many applications in some cases, striving to meet diversity and local job commitments, and overcoming the stigma of what for decades was an illegal industry.

Five years after voters legalized marijuana here, the Bay State’s cannabis industry has been steadily growing as cultivators, manufacturers, retailers, testing labs, delivery services and others get established and begin to stretch out in the newly legal space.

“With all the opportunity for transferable skills, I think someone could come in not knowing anything about cannabis and really find where they fit into this huge milieu of the growing industry and then grow right in there,” Sieh Samura, co-owner and CEO of the now-hiring Yamba Market in Central Square, said. “We are seeing people able to move up and move into new positions quickly. We see people actually leaving one job for a better job perhaps because they have cannabis experience now from their time at one store and now this store says, ‘hey, we really like what we’ve seen you do over there.’ Stores are actually fighting for some of the same people here.”

Massachusetts is not alone. As legalization efforts have spread across the country, so too have job opportunities. Last month, the Washington Post reported that the American legal cannabis sector more than doubled its 2019 growth with nearly 80,000 jobs added in 2020.

The estimated 321,000 people working in the marijuana industry around the country now outnumber dentists, paramedics and electrical engineers, the Post said.

Here and elsewhere, some of the newest cannabis industry employees were working jobs in food service or other high-stress posts before or during the pandemic. For many who make the jump, the culture of the cannabis industry can seem like “a little bit of a retreat from the nastiness out there,” Samura said.

“I get this a tremendous amount of the time. People have been toiling sometimes for less than they feel like they were worth, in positions and industries that might have changed and got a little nasty during the pandemic,” he said. Samura added, “It makes sense that they would say, ‘where could I be a little more fulfilled, perhaps a little safer, maybe a little happier?’ … And the cannabis industry just historically is — people are motivated to change society for the better, they tend to be a little more optimistic. You know, they smoke weed.”

As Massachusetts marijuana companies get themselves established, staffing up is not just as simple as taking out a help wanted ad and then picking among the resumes and applications that come in. The state and municipalities have requirements meant to ensure diversity and inclusion in the newly legal industry, a goal that many of the operators striving to meet it support.

“In the licensing phase, you go through this phase where you make a lot of commitments to the town, you make a lot of commitments to the state and they all stem from what the communities and the state and CCC want,” Wes Ritchie, who along with Ture Turnbull is co-founder and co-CEO of Tree House Craft Cannabis, said. “It’s that phase now where Ture and I are focused on implementing those promises. And I think some operators care about implementing them, some don’t. We like to think of ourselves as quality and the quality of the operation we’re putting together is sort of on display — are you going to meet your values or are you not?”

Companies seeking marijuana business licenses must submit diversity plans that show how the business will promote and measure equity among women, minorities, veterans, people with disabilities, and people of all gender identities and sexual orientations.

In guidance it provides for prospective applicants, the CCC offered an example of what a diversity plan could look like: “The applicant plans to have a staff comprised of 60% women, 50% people of color, particularly Black, African American, Hispanic, Latinx, and Indigenous people, 25% veterans, 10% persons with disabilities, and 10% LGBTQ+ people.”

And the host community agreements that marijuana companies are required to enter into with municipalities can also include a provision requiring the company to make jobs available to residents of the municipality. The CCC advises that while local residency “may be one of several positive factors in recruitment, it should not prevent the [business] from hiring the most qualified candidates or hinder compliance with Massachusetts Anti-Discrimination and Employment Laws.” For Tree House’s first retail location in Dracut, the goal is to have 50 percent of employees be Dracut residents.

Ritchie and Turnbull plan to open that store in the coming weeks, but they said they have maintained a focus on diversity and equity in hiring throughout the years-long licensing phase. Ritchie said that 80 percent of the company’s leadership team fits into at least one of the five categories that the CCC specifically requires companies to pay attention to.

“When Wes and I created this company, we brought our values with it from day one. And so our hiring has been happening for the last three years … our general contractor is a female-owned company, our security firm is vets-owned,” Turnbull said. “When we look out to the communities, we think that diversity makes us stronger. We don’t see this just as a state regulation. It’s something we take pride in.”

And as an LGBT-owned business, Tree House Craft Cannabis wants to be able to show that it is possible to both be successful in the cannabis world, have a diverse workforce and open up new opportunities for others.

“You see it across industries where you can’t be it if you can’t see it, and a lot of the folks at the top of these companies are not always diverse in the way the CCC requires,” Ritchie said. “I think that really modeling that behavior ourselves, especially as an LGBT-owned company, is really important. We want people to be able to see themselves in this industry and it’s hard when it’s a new industry and there aren’t a lot of people who look like you.”

Even though it has been five years since a majority of voters approved the legalization and normalization of marijuana, operators said there is still a stigma associated with their industry that holds some people back from pursuing job opportunities in a field that was illegal for decades — and remains so at the federal level.

“We were speaking to this one woman and was nervous to get out of her car because she had never really been to a dispensary and so she had to work up the courage to come,” Turnbull said. “If the state was out in front educating people about this industry, I think that would be greatly helpful to us.”

Samura, a veteran of the Iraq War, said he is very interested in hiring other veterans but repeatedly finds that other veterans are hesitant or are worried that working in the marijuana industry could affect their federal benefits.

“There is a tremendous stigma, especially for veterans and soldiers, but the thing is this industry is here for their benefit, too,” he said. Samura added, “Many of them have been discouraged from interacting with cannabis. And that’s a struggle I’m always having as a veteran, trying to support other veterans in an industry that we have not really been encouraged to interact with at all.”

As someone who was active in the illicit market for years and has made the jump to the legal world, Samura said he hopes he can show people that the transition is possible and “encourage folks from the unlicensed side to come into this business.”

“It is painful because I’m just one store owner right now and I am very familiar with all of the damage of cannabis prohibition out here and all of the people who really want to be part of changing it,” he said. “It’s one of the tougher parts for me; how do I get more people into this space away from unlicensed business and into licensed? That’s one of the challenges I face every day.”