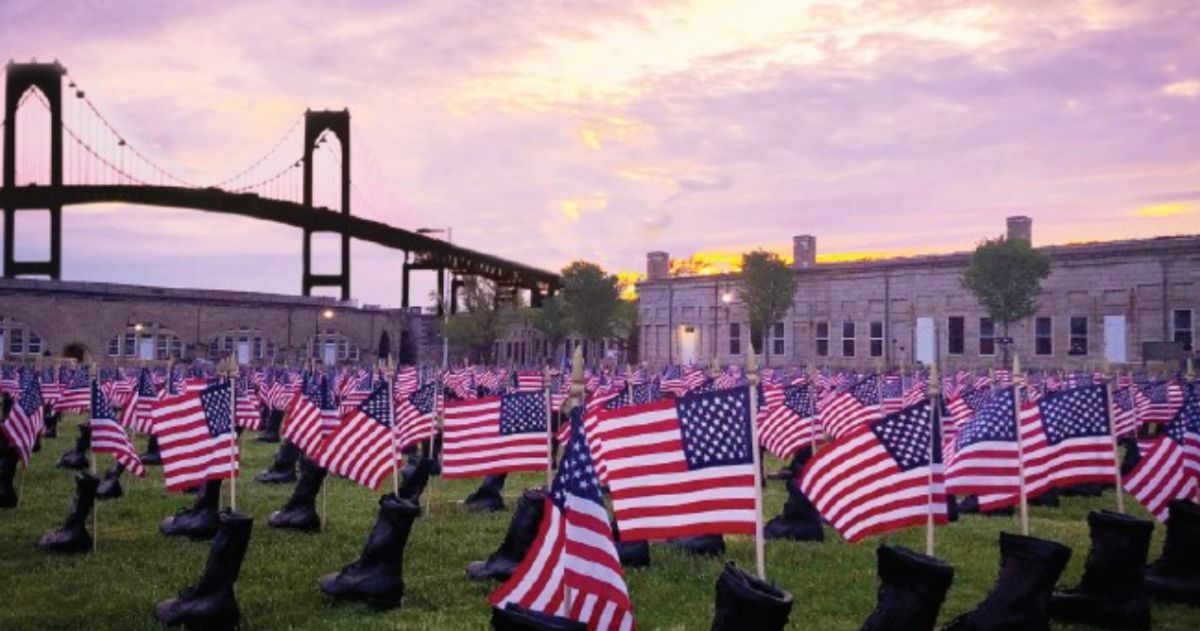 Fall River is home to some of the best tributes in New England to veterans and those who have died for our country, however, Newport is home every Memorial Day to a touching tribute that is worth the short drive.

In 2016, Operation Stand Down RI began the Boots on the Ground for Heroes Memorial. The dedication displays almost 7,000 combat boots adorned with flags and placards. Each boot represents a U.S. service member who has been killed in action after 9-11 in the Global War on Terror.

According to OSDRI, placards are attached to each boot which displays the name and photo of the fallen soldier which includes biographical information, military branch, rank and circumstances of death. The Memorial is updated every year to include additional U.S. service members killed in the continuing War on Terror.

To make it easier to locate boots of specific soldiers, the displays are arranged alphabetically and organized by each state and U.S. Territory. Family, friends and comrades of the fallen are often seen solemnly viewing a particular boot and leaving behind a memento. Ten thousand visitors from all over the country have visited the display during Memorial Day Weekend since it began.

The first three years, the Memorial was erected at Roger Williams Park in Providence. In 2019, the Memorial began to be featured at Fort Adams State Park in Newport, one of the oldest military posts in the country.

The Boots on the Ground for Heroes Memorial will be displayed at Fort Adams in Newport until May 31st, 2021. Hours are Friday, Saturday, and Sunday 8am – 8pm, and Monday 8am – 6pm. Admission is free for all attendees and masks are required.

To volunteer for the Boots on the Ground for Heroes Memorial you can sign up here: Volunteer Registration