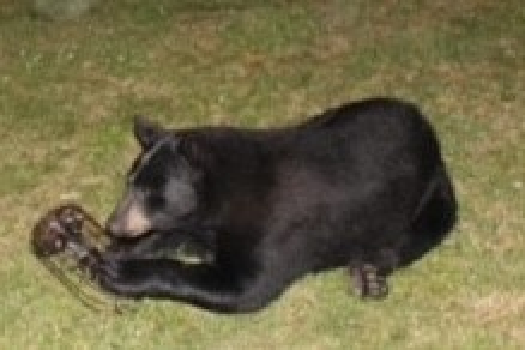 A beloved bear that had been roaming around southern New England, and more recently the South Coast, has died.

According to Massachusetts Division of Fisheries and Wildlife and WHDH, Boo Boo, was found deceased in thick brush on Tuesday following a search for the bear.

At approximately 9:30 a.m. on June 24th, Marion firefighters responded to Interstate 195 westbound, in the area of mile marker 34.8 and the Route 105 exit, for a report of a vehicle that had hit a black bear.

Upon arrival, firefighters found a private medical transport van that had struck a bear. The collision sent the van off of the interstate and into the woods, though the occupants were uninjured.

The bear was reported to have gotten up and run into the woods following the crash. It was unclear at the time if the bear that was hit was Boo Boo, however, Boo Boo’s remains were discovered on July 6th and it was determined by officials that the bear died due to injuries from the crash.

It was the second search attempted by Massachusetts Division of Fisheries and Wildlife since the crash took place.