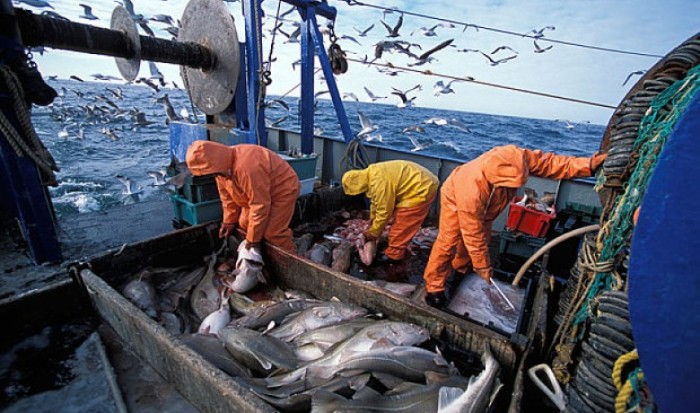 In a major move that involves banning commercial fishing, President Joe Biden is taking executive action to restore protections in the Northeast Canyons and Seamounts, an area about 150 miles off the coast of southern New England.

The White House on Thursday night announced Biden would sign an executive order restoring the Northeast Canyons and Seamounts Marine National Monument, as established by President Barack Obama on Sept. 15, 2016, and reversing decisions made by President Donald Trump.

Under the White House’s plans, recreational fishing in the monuments area may continue but commercial fishing will be prohibited, with fishing for red crab and American lobster to be phased out by Sept. 15, 2023.

The White House cited the area’s “unique geological features that anchor vulnerable ecological communities threatened by varied uses, climate change, and related impacts.” “This is an unfortunate decision that is opposed not only by those affected in the commercial fishing industry, but by all eight fishery management councils and NOAA Fisheries,” said Bob Vanasse of Saving Seafood, a group that represents fishing industry interests. “There is no scientific justification to prohibit commercial fishing while allowing recreational fishing. While the Biden-Harris Administration has claimed decisions will be based on science, and not on who has the stronger lobby, this decision shows otherwise.”

Environmental groups celebrated the news. “Restoring the Canyons and Seamounts — an extraordinary underwater landscape full of ancient corals and sea creatures — preserves a living laboratory for scientists and will make our ocean more resilient in the face of climate change,” said Manish Bapna, president and CEO of the Natural Resources Defense Council. “The Antiquities Act exists to protect unique places like these for all time. No President has the power to abolish those protections with the stroke of a pen. This is a victory for science, for future generations, and for anyone who looks to these special places for solace, education, healing, and inspiration.”