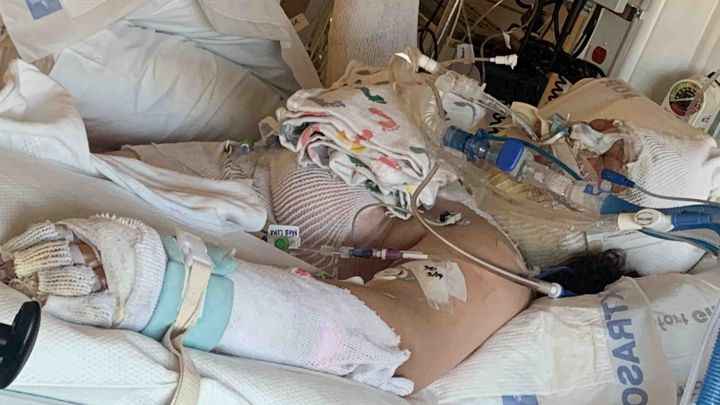 A 13-year-old girl reportedly set herself on fire, causing severe burns, attempting a TikTok challenge that has been spreading on social media.

The Fire Challenge on TikTok appears to have began when actor Jack Jerry showed himself spraying hairspray onto a mirror and then turning the lights off and setting the hairspray on the mirror on fire.

Last month, according to her sister Andrea, Destini Crane of Oregon was lighting a candle in her bathroom for the challenge when a nearby bottle of isopropyl alcohol exploded on her face, neck, chest, hair and right side of her body, setting her on fire. A friend that was present stated after the incident that Destini was filming for a TikTok video.

The accident landed Destini in the ICU. As of late, she has been undergoing many procedures and surgeries, but has been improving.

Portland Firefighter Rob Garrison told ABC7 that this is maybe one of the most dangerous things he has ever seen anybody do in his life.

Garrison told the outlet that when your skin catches on fire, it burns within seconds.

“You could be standing next to a lake if you want and light yourself on fire, and by the time you hit the water, you’re probably going to have burns on your body.”

A GoFundMe page has been created by the family for expenses and has raised just over $5,000 as of this writing.