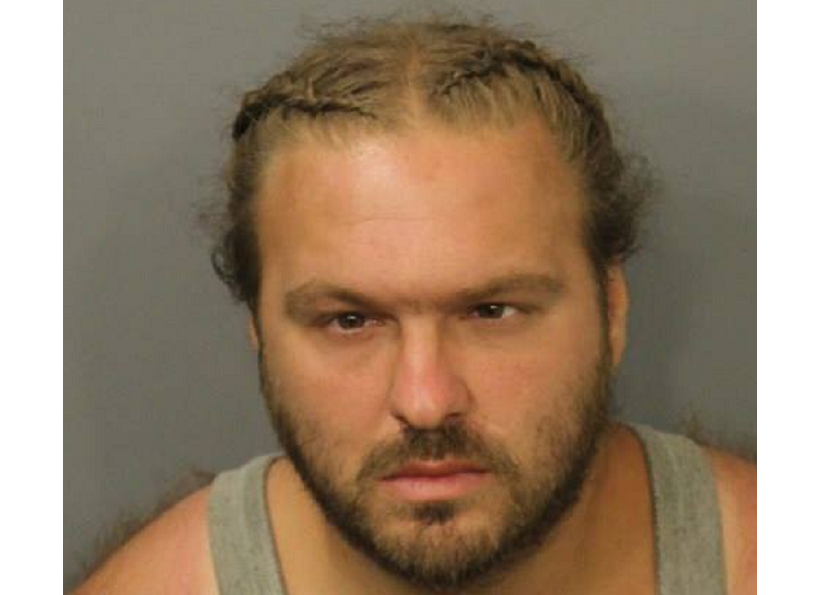 Fall River Police have made an arrest at Kennedy Park after resident complaints.

According to Detective John Robinson, at approximately 2:00 a.m. Thursday, Uniform Division Officers Kiel Huard and William Pavao were on patrol and performing a check of the Kennedy Park Pavilion at 300 Middle Street due to drug use and vandalism complaints occurring during the overnight hours. The park is posted with a closing time of 9:00 p.m..

Inside the Kennedy Park pavilion, Officers encountered Jonathan J. Kay, 32, crouched down and hidden behind a pillar. He was covering a knife and cigar wrappers. Kay informed these Officers that he was homeless and just passing through the area. Due to the knife, Officers immediately escorted Kay to the police cruiser for their safety. Kay denied ownership of a backpack found next to the pillar. Officer Huard retrieved the backpack and upon opening it, located a Massachusetts Benefits identification card for Jonathan J. Kay. Also in the backpack was a digital scale, small rubber bands and blue glassine wrappers used in street-level heroin packaging and sales, 22 doses of Heroin, 2 Suboxone strips, and 70 grams of marihuana packaged in three individual baggies consistent with street-level sales.