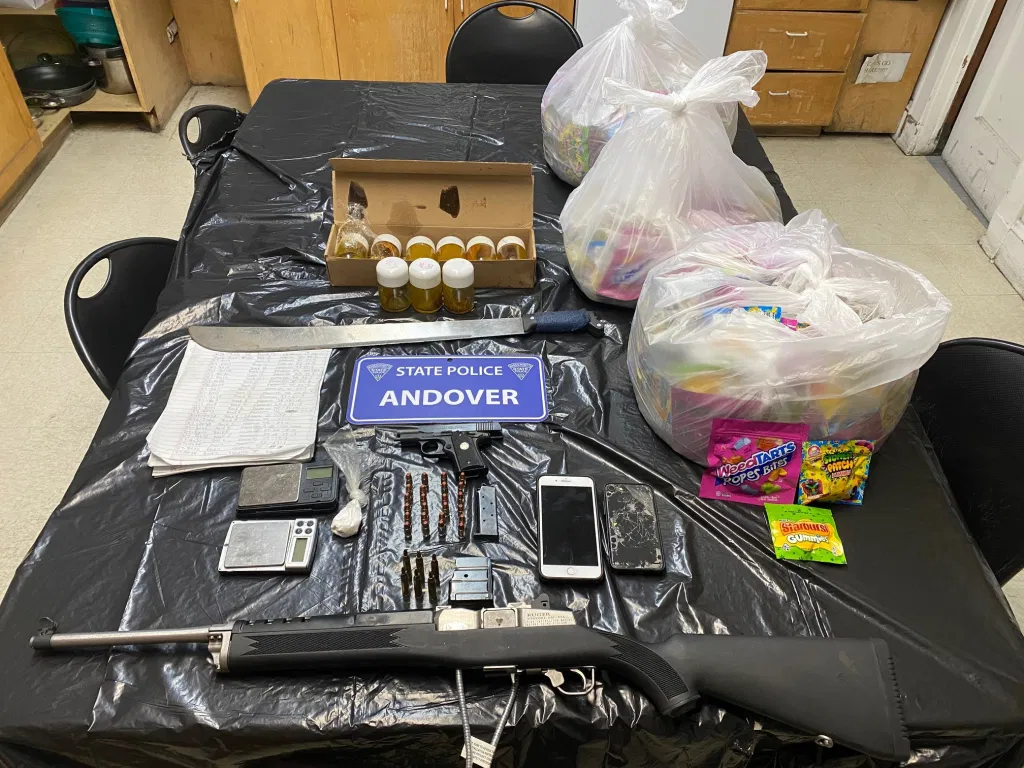 A Massachusetts man was arrested on a long list of charges after multiple highway crashes.

According to Massachusetts State Police, on Thursday, June 28, just before 9:30 p.m. Trooper Gregory Gough, assigned to the Massachusetts State Police-Andover Barracks was tasked with responding to a traffic crash reported on Route 93 Southbound in Woburn. After arriving to that location and speaking with the operator on scene and a witness, Trooper Gough determined a vehicle that had been rear-ended had stopped to exchange information, but the other vehicle had fled the scene. As Trooper Gough was concluding his investigation and securing the scene of the crash, he heard radio traffic describing a crash further down the roadway involving a vehicle matching the description provided by the operator and witness he had been speaking to which had caused the first crash.

Trooper Gough then made his way to the scene of the second crash which was being secured by Troopers from the State Police-Medford Barracks. Upon arrival, Trooper Gough spoke with Trooper Matthew McDermott of SP-Medford and was informed that witnesses at the scene of the second crash reported a red SUV approaching the slow moving traffic weaving in and out of lanes, until it careened into the rear of a Toyota, causing a chain reaction involving multiple other vehicles and several injuries. The red SUV then attempted to continue on until the damage to the vehicle forced it to come to a stop.

When Trooper McDermott first arrived to the scene of the second crash, he was able to make contact with Kelly Carter, 27, of Wilmington, the operator of the erratic red SUV. Trooper McDermott and Woburn EMS provided aid to Carter, who was suffering an injury to his leg. While EMS was stabilizing Carter, Trooper McDermott saw in plain view a black handgun on the passenger floorboard of Carter’s red SUV. Prior to Carter’s transport to Massachusetts General Hospital, Troopers were able to determine Carter was under the influence of narcotic drugs and did not possess a license to carry firearms. Trooper Gough then examined the red SUV and found indications of damage that could only have been caused by the first crash he initially was called to, making it clear that the first crash was caused by Carter, which he then fled.

Once the scene of the second crash had been made safe, Troopers Gough and McDermott were joined by Trooper John Concannon and they conducted a search of Carter’s red SUV. Trooper McDermott secured and made safe the black handgun he had previously observed which contained a .380 caliber round in the chamber. Trooper Gough was then able to locate within the vehicle a magazine containing 6 .380 caliber rounds in the center console. Additionally, Troopers located a large machete in the driver’s footwell; a baggie of white powder appearing to be powdered cocaine, and two digital scales in the glove box; a plastic bag containing additional .380, and .223 rifle rounds; and in the rear of the vehicle Troopers located a Ruger “Mini-14” rifle with an obliterated serial number, as well as hundreds of individual packaged marijuana edibles and several jars of THC oil.

Upon Carter’s release from the hospital, he was scheduled to appear in Woburn District Court on the following charges: