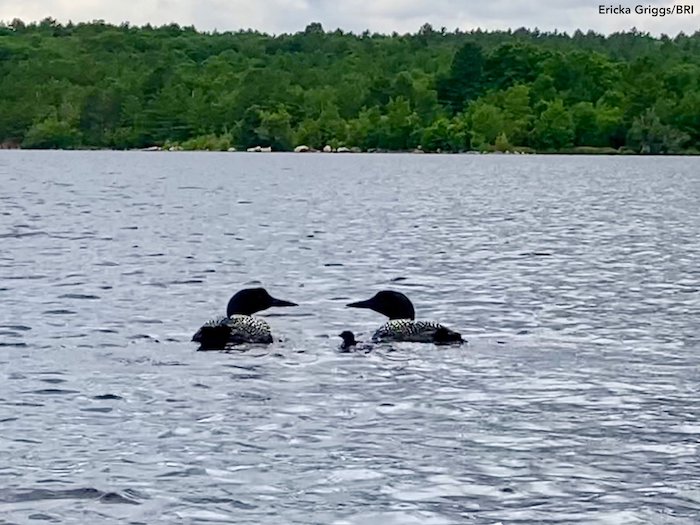 There is nothing common about the common loon chick that hatched this spring in Fall River. It was the first time in more than 100 years that a loon had hatched in southeastern Massachusetts, state environmental officials said.

The Massachusetts Division of Fisheries and Wildlife and the Maine-based Biodiversity Research Institute have been working together for years to restore common loons to southeastern Massachusetts, where the species nested until the late 1800s. Though some loons returned to nest in Massachusetts in the mid-1970s, they are listed as a species of special concern under the Massachusetts Endangered Species Act.

“It was a milestone when this particular loon returned to its release lake in 2018, three years after fledging,” David Evers, BRI’s executive director and a leading loon expert, said. “Now in 2020, we are thrilled to report that this male found a mate and their resulting nesting activity produced a chick; visible evidence that breeding loon populations can be restored to their former habitat.”

Andrew Vitz, MassWildlife’s state ornithologist, said that nine of the 24 relocated chicks have been observed in the release area over the last few summers and are forming pair bonds and territories. There are approximately 45 pairs of territorial loons currently in Massachusetts, primarily at the Quabbin and Wachusett reservoirs, he said. MassWildlife also announced Thursday that BRI will receive $2.5 million in funding over the next six years to expand loon restoration efforts. The funding comes from an $8.3 million settlement that addressed impacts on shorebirds from the 2003 Bouchard Barge 120 oil spill in Buzzards Bay.