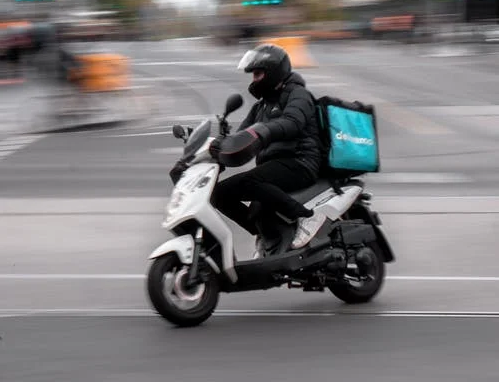 The New Shoreham Police Department, in cooperation with several rental moped agencies, impounded 21 mopeds on Sunday, as a result of two separate incidents where moped operators were observed driving unsafely and in violation of their rental contracts.

“Block Island is a beautiful place, and we want visitors and residents to enjoy its natural beauty and fun atmosphere safely,” said Matthew C. Moynihan, Chief of the New Shoreham Police Department. “Unsafe and aggressive driving will not be tolerated in New Shoreham, and we hope that our response to these incidents will make visitors think twice before bringing bad behavior with them on vacation. I want to commend our officers for being proactive with these incidents and thank the rental companies for their decisive actions and for making sure their customers abide by their rental agreements.”

• At 1:22 PM, an off-duty New Shoreham Police officer observed a large group of moped operators riding erratically and committing a number of dangerous infractions including standing up while riding, weaving, operating without helmets or protective eyewear, and riding more than two abreast. A nearby New Shoreham Police officer stopped these 19 mopeds at 10 Beach Avenue. The two rental agencies that own the mopeds, Aldo’s Mopeds and Island Moped and Bike Rental, were contacted and advised of the observed dangerous behavior. Both companies immediately requested that the New Shoreham Police impound the mopeds so that they could take possession of the mopeds for breaches of contract.

• At 5:26 PM, two mopeds were observed operating erratically on Old Town Road and were seen riding on the sidewalks. They were stopped shortly thereafter by a New Shoreham Police officer and the rental company, Old Harbor Bike and Moped Rental, was contacted. Owner John Leone advised that both operators were provided with instructions on how to operate the mopeds and requested the New Shoreham Police impound both mopeds so that he could take possession for breaches of contract.

“We appreciate the ongoing collaboration with the New Shoreham Police Department,” said Mike Finnimore of Island Moped. “We want our customers to be safe and we will immediately cancel a rental agreement if our mopeds are being used in any way that violate its terms.”

“We are providing clear training and guidance to each operator at the time of rental,” said John Leone of Old Harbor Bike and Moped Rental. “If people don’t follow the rules and the law, we need to do our part to be good community members and seize the mopeds.”