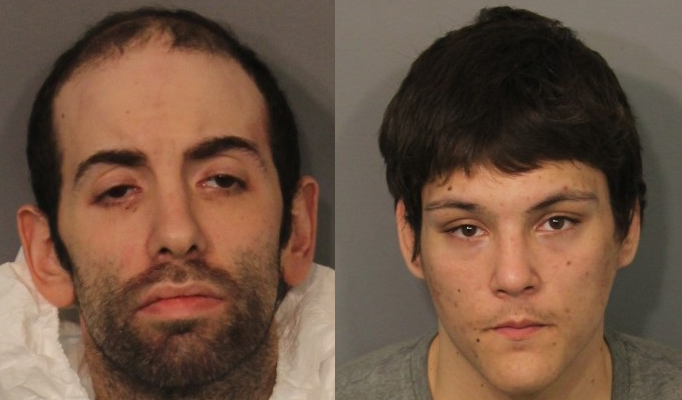 On January 21st at approximately 4:30 p.m., Officers of the Fall River Police Department’s Uniform Division were dispatched to Shell Gas Station 372 Plymouth Avenue on a report of two masked men outside of the business. The complainant added that they observed one of the males drop a dark-colored handgun and the other male had a large knife on him.

Sgt. James Machado was first to arrive on scene stating he had two masked males in sight standing outside the Shell Station. Officers Amy Robinson and Paul McGuire arrived on scene. Both males, William L. Fernandes, 35 and Dillon James Nobles, 20, were detained.

A search was performed on Fernandes by Officer Robinson which resulted in the officer locating a BB gun concealed in his pants leg as well a switchblade knife and a double-edged knife. A search of Nobles turned up an eight-inch knife. Both males had multiple layers of clothing on.

Both males were taken into custody.