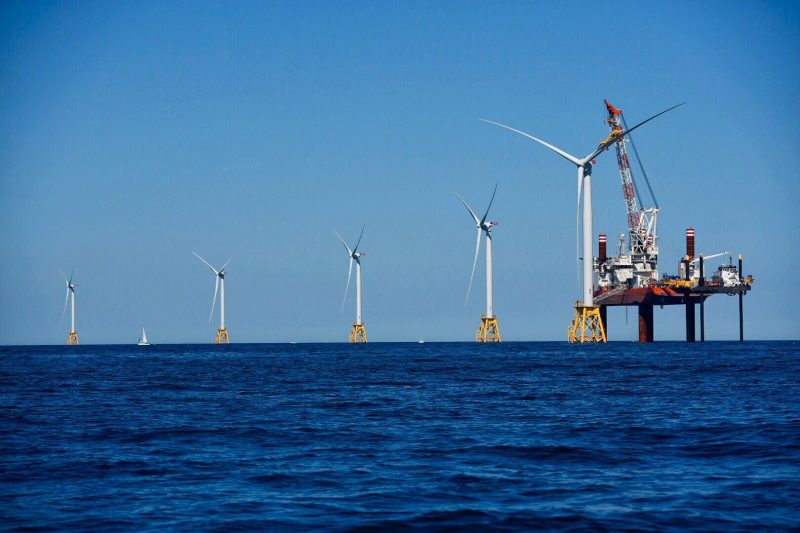 Boston – City and town officials delivered a letter to legislative leaders Thursday in support of a statewide commitment to 100% renewable energy, according to a press release by Environment America.

“Framingham has committed to moving towards 100% renewable energy and we welcome this legislation as an important platform for statewide coordination towards that essential goal, as the more coordinated our efforts, the more effective they will be,” said Framingham Mayor Yvonne Spicer. “While we have a long way to go, we are working hard to make Framingham a more sustainable community. We all need to also recognize that all too often disadvantaged populations have been the ones who have borne the brunt of climate change’s impact — this is an important commitment towards a cleaner, healthier Earth for everyone, no matter race, income, or background.”

Fall River City Councilor Trott Lee expressed why he is behind the initiative.

“I’ll always support efforts for cleaner air, water, and a cleaner environment. I hope we all feel this way. It is not a political issue to me. This has sadly been politicized over the years, but our environment transcends politics. We must all be on the same page regarding pollution.”

“The Commonwealth of Massachusetts can and must lead the way with renewable energy,” said Everett Mayor Carlo DeMaria. “I’m proud to support a bill that encourages the elimination of fossil fuels in our communities.”

The letter, signed by more than 150 local officials, asks Chair Tom Golden, Chair Mike Barrett, and members of the Joint Committee on Telecommunications, Utilities, and Energy to report favorably on the 100% Renewable Energy Act (H.2836).

The 100% Renewable Energy Act, filed by Representative Marjorie Decker and Representative Sean Garballey, will transition Massachusetts to 100% renewable electricity by 2035 and 100% renewable energy for heating and transportation by 2045. A majority of legislators in both chambers have endorsed this bill or similar legislation filed in the Senate by Senator Jamie Eldridge (S.1958).

“I wholeheartedly support a statewide commitment to 100% renewable energy,” said Boston City Councilor Lydia Edwards. “East Boston and other environmental justice communities can’t afford to continue to invest and build fossil fuel infrastructure such as a substation. We need real commitment and path forward for a clear sustainable future.”

“The environment is fundamental to our public health and the sustained economic vitality of the Commonwealth. We’re facing a climate emergency and the time to act with urgency is now,” said Fitchburg City Council President Michael Kushmerek. “That’s why I support the 100% Renewable Energy Act.”

Across Massachusetts, many cities and towns are taking action to accelerate the transition from fossil fuels to renewable energy including New Bedford has installing 16 megawatts of solar projects, saving taxpayers nearly $1 million per year.

Thirteen states have committed to phasing out the use of fossil fuel electricity by 2050 or sooner. In April, Virginia became the latest state to pass 100% clean electricity legislation. Under existing state law, Massachusetts would not reach 100% renewable electricity until 2095.

“The past few months have reminded us that there’s nothing more important than our health,” said Ben Hellerstein, State Director for Environment Massachusetts. “Fossil fuels are polluting our air, changing our climate in dangerous ways, and making us more susceptible to diseases like COVID-19. I’m grateful to these local leaders for raising their voices for 100% renewable energy, and I hope officials at the State House will listen.”

“It’s no secret that a transition to 100% renewable energy is a concept with broad support in Massachusetts,” said Jacob Stern, Clean Energy Organizer for the Sierra Club Massachusetts Chapter. “From the Berkshires to the Cape, municipal officials know that boosting our renewable sector will not only reduce carbon pollution, but it’s also a critical step to rebounding our state’s economy.”

Through the RE100 initiative, more than 200 global companies have also committed to a goal of 100% renewable energy which include Google, Microsoft, and P&G.

A list of those who signed the letter is below.