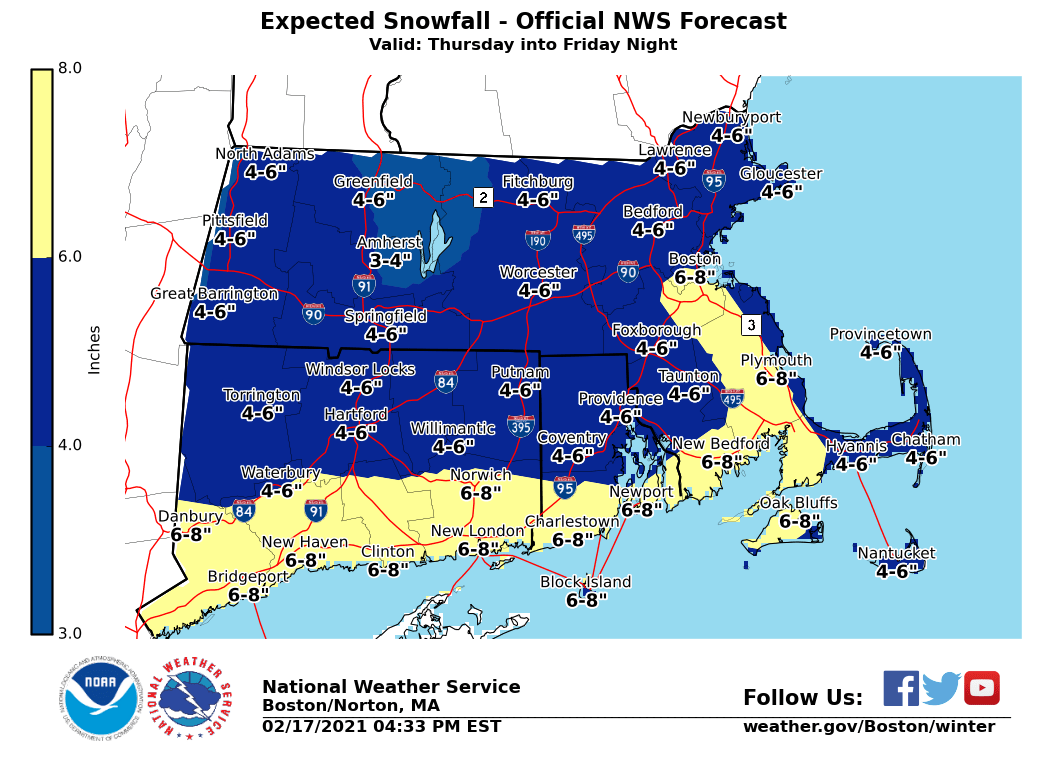 Our next winter system arrives tomorrow afternoon with widespread snowfall expected. Sleet/Rain could mix in at times over the Cape and Islands & along the South Coast.

According to the National Weather Service, Connecticut, Rhode Island, and Massachusetts have been issued a Winter Weather Advisory from noon Thursday to 7:00 p.m. Friday. 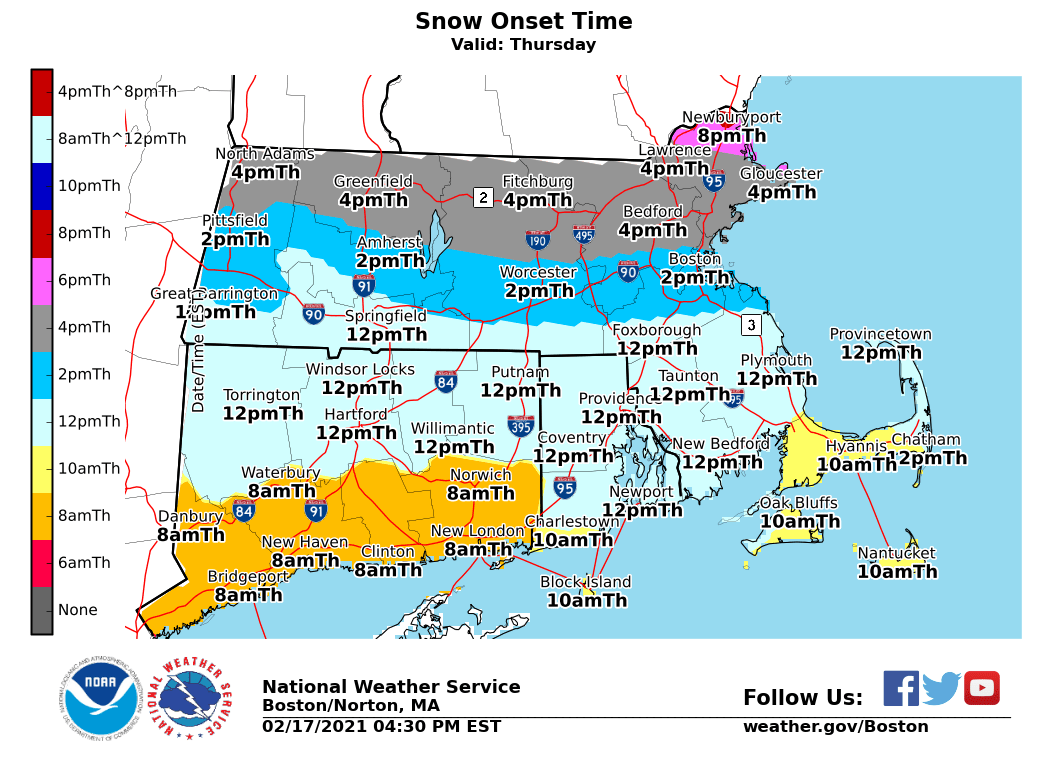 Travel could be very difficult. The hazardous conditions could impact the morning or evening commute.

Thursday: Snow, mainly after 1pm which could be heavy at times. Patchy fog after 1pm

Friday: Snow likely, possibly mixed with sleet, becoming all snow after 7am