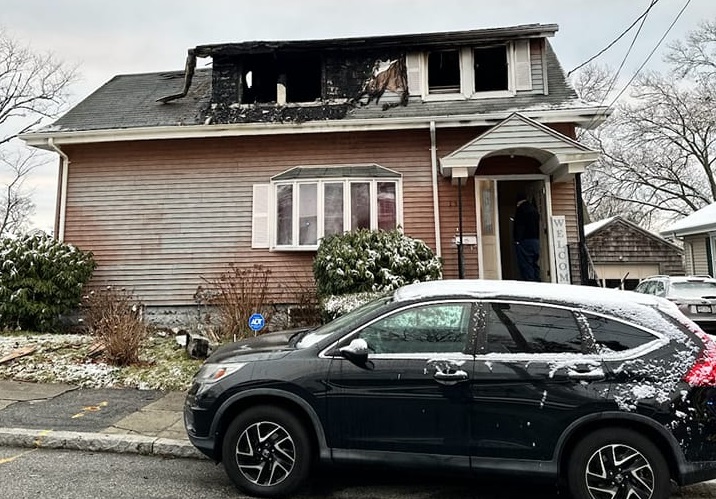 The Fall River Fire Department battled heavy flames this morning after two occupants of the home had to jump from a window to avoid the flames.

According to the Fall River Firefighters Union, at approximately 3:30 a.m., members arrived to a single-family home on Ray Street with fire showing out of 3 windows on the 2nd floor, as well as, venting through the roof.

Several apparatus responded to begin knocking down the fire.

Before crews arrived, 2 occupants, a male and female, had to jump from the 2nd floor window in the rear, to a lower roof and then to the ground to self-evacuate from the heat and fire. They were transported to St. Luke’s Hospital for their injuries.

Fortunately, no firefighters were injured, and the cause of the fire remains under investigation.