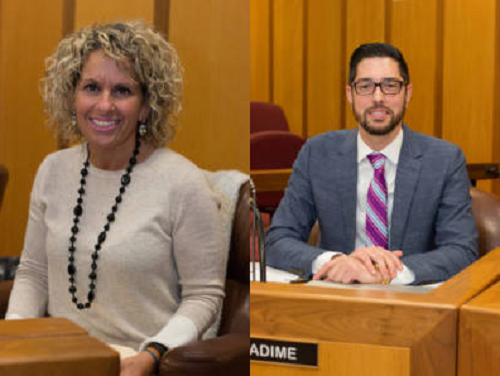 Photos courtesy of the City of Fall River

Two Fall River City Councilors have submitted a resolution for the next City Council meeting where councilors would vote on Mayor Correia’s appointments and removals.

The submitted resolution comes in the wake of Mayor Correia’s decision to remove Paul Coogan, who challenged the Mayor in Tuesday’s recall election, and Mark Costa, a supporter of Coogan, from the Durfee Building Committee and keep them on as advisors.

Due to the move, Coogan has stated he will be running for mayor in the upcoming election.

Mayor Correia discussed the decision on the Dan Yorke Show this week .

Earlier this week, Cadime sent a letter to City Council President Cliff Ponte requesting a special meeting be held to take a Council vote to determine if Correia is able to perform his responsibilities as the Mayor of Fall River. 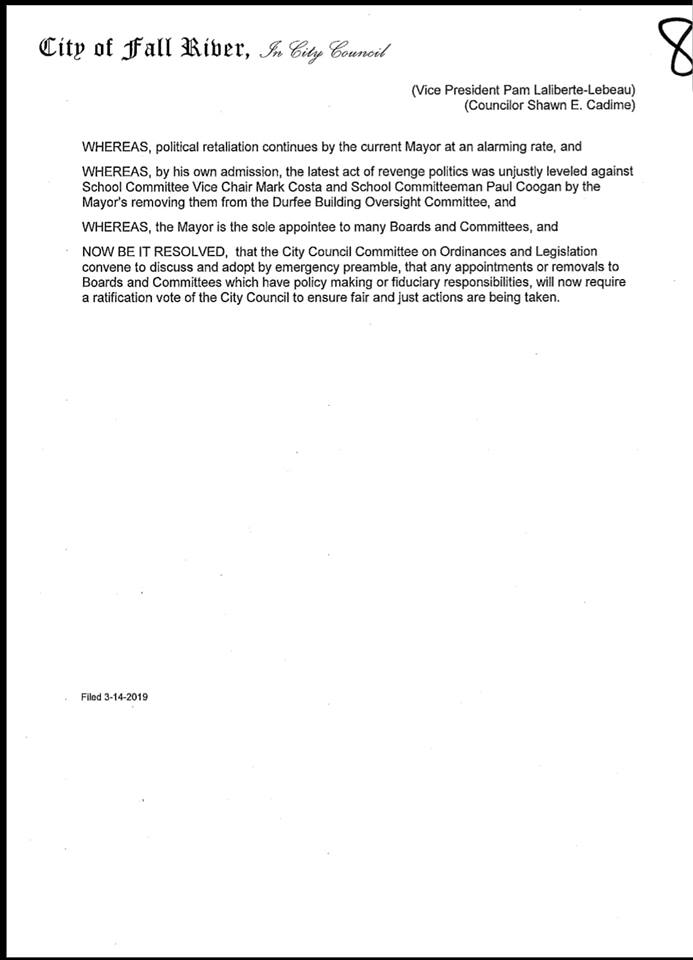