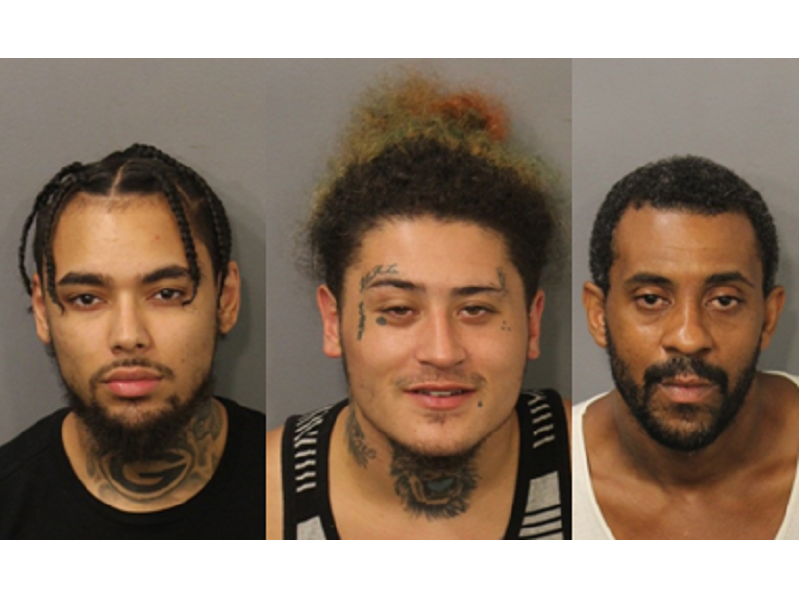 Three were arrested this week by Fall River Police concerning an armed robbery and assault in the city.

According to Detective John Robinson, on Wednesday, July 25th at approximately 4:30 a.m., Fall River Police Department Uniform Division Officers responded to the area of Dunkin Donuts, 657 Pleasant Street, in response to a fight with weapons complaint. The 33-year-old victim stated to Officer Joseph Reed that he was walking back to work after purchasing coffee when three males asked him for some cash. The victim stated he continued walking toward his office building, located on Wordell Street, when he noticed the three men following him and calling out to him.

When the victim reached his office building, he notified the site manager about his encounter and that he was followed. The site manager noticed the male at the door and went out with the victim to speak with them.

Outside, one of the males asked the victim for a cigarette. As the victim was handing the cigarette and a blue Bic lighter over, the second male punched the victim in the side of the head. The site manager told the males he was calling the police. The third male then pulled a knife out of his pocket and began waving it in a slashing pattern.

A description of the assailants was broadcast to other officers. While canvassing the area, Sergeant Steven Burt located two individuals who stated three males fitting the description were in the Popeye’s Chicken parking lot walking east. Officer Reed, with assistance from Officers Edmond Desmarais, Marc Correia, and Brendan McNerney, converged on the area. The Officers located the three males and took them into custody on the robbery and assault charges.

The male suspects were identified as:

A blue Bic lighter and a folding pocket knife were located in the pocket of Aries Ross.