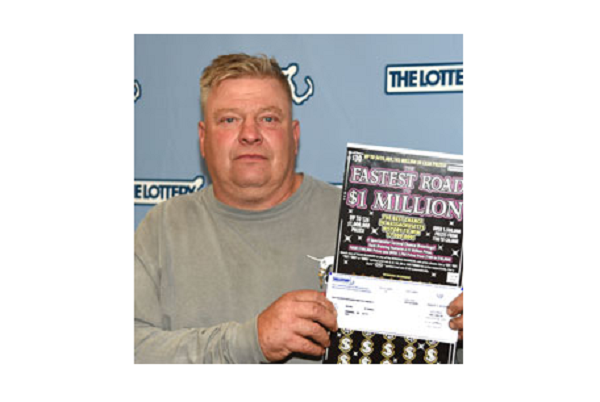 According to the Massachusetts State Lottery, a Swansea man has had luck strike for the second time.

Five years after winning his first $1 million prize, Wayne Homol of Swansea has scratched off another $1 million prize, this time in the Massachusetts State Lottery’s “The Fastest Road to $1 Million” instant ticket game.

Homol, who chose the annuity option on the prize he won August 13, 2013 in the “Winner Green” instant game, opted to collect this prize in the form of a one-time payment of $650,000 (less tax withholdings). Recently retired, he plans on using his most recent winnings to invest in college funds for his grandchildren.

There are 104 additional $1 million instant prizes still available in the “The Fastest Road to $1 Million” $30 instant game, which also has second chance drawing opportunities to win up to $1 million.