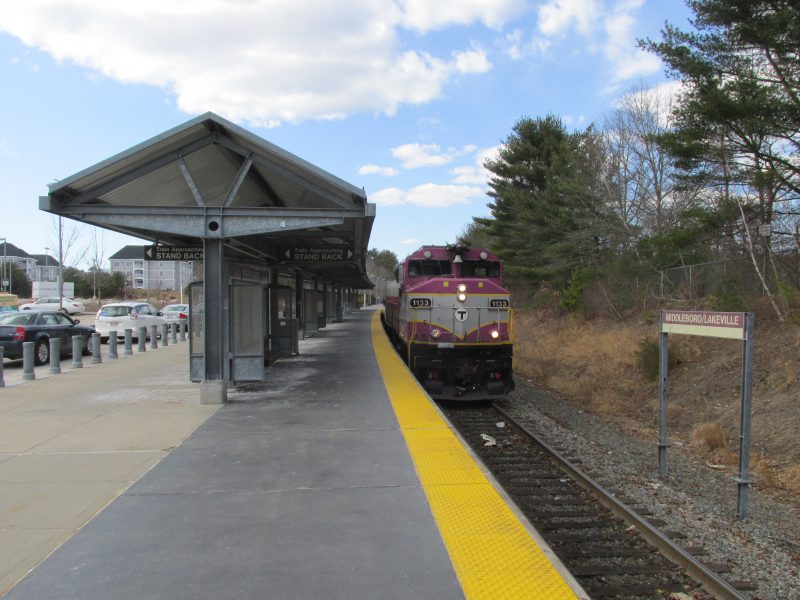 BOSTON – The Massachusetts Department of Transportation (MassDOT) and the MBTA are announcing that the South Coast Rail Program has reached two critical Phase 1 milestones: a finance plan is complete and will be fully funded in the Commonwealth’s Capital Investment Plan and the U.S. Army Corps of Engineers (USACE) has approved the final federal permit required for the program to advance. Meanwhile, early action steps are underway including infrastructure work and the acquisition of land for stations.

“Providing rail service between the South Coast and Boston will increase access to economic opportunities in both regions,” said Governor Charlie Baker. “After decades of promised service, today’s announcement moves the project further than it’s ever been before, and our administration is proud to continue advancing South Coast Rail.”

“Residents in southeastern Massachusetts deserve reliable and affordable commuter rail access to Boston, and MassDOT and the MBTA have completed critical steps to make this a reality,” said Lt. Governor Karyn Polito. “The administration will continue to work with local partners throughout the project.”

“The last major hurdle with Phase 1 proceeding was the Finance Plan and now that hurdle is gone – funding has been identified,” said Transportation Secretary and CEO Stephanie Pollack. “Phase 1 of South Coast Rail will be funded one hundred percent by the Commonwealth and the MBTA will not be required to provide any capital funding or issue any revenue bonds that might otherwise impact the MBTA’s future operating budget. We are now well on our way to offering passenger rail service to the South Coast in a few short years with the financing secure, major permits in hand and infrastructure being built.”

“Today, restoration of passenger rail to the South Coast takes a major step forward thanks to the efforts of MassDOT, the MBTA, and the Executive Office for Administration and Finance to develop the Finance Plan,” said MBTA General Manager Steve Poftak. “We look forward to today’s Board actions which, along with the Finance Plan and permitting progress, set South Coast Rail on a positive trajectory toward completion.”

The South Coast Rail Phase 1 Finance Plan was created after independent cost and schedule reviews were conducted by three firms – the existing project manager, the existing owner’s representative and an outside firm hired by the MBTA. A workshop was held to review the three submissions on cost and schedule and a consensus was achieved on the program cost of $1.047 billion. In consultation with the Executive Office for Administration and Finance, the decision was made that Phase 1 would be funded 100 percent by the Commonwealth through a combination of general obligation bonds and special obligation bonds to be issued under existing authorization for the Rail Enhancement Program.

The MBTA will not be required to issue any revenue bonds that might otherwise impact the MBTA’s future operating budgets. All bond cap provided to the South Coast Rail Program will be in addition to the bond cap that MassDOT currently receives to fund its capital plan and there will be no reduction in bond cap allocated to MassDOT as part of the South Coast Rail Finance Plan.

While a previous estimate projected that Phase 1 would allow for passenger rail service between Boston and Taunton, New Bedford and Fall River to begin in late 2022, based on the consensus of the three independent reviews, the date for start of service is now projected to be in late 2023.

Members of the MassDOT Board of Directors and the MBTA’s Fiscal and Management Control later today will receive an update on the Finance Plan and permitting for Phase 1 during the monthly public meeting of the Boards. At the meeting, Directors are scheduled to discuss and may vote on contracts for work on four bridges, for a Project Manager/Construction Manager team and to execute an Interagency Services Agreement, (which defines the cooperative work to be performed and any transfer of technologies and funds between MassDOT and the MBTA.)

After the approval of Directors which may come today, the South Coast Rail Program becomes an MBTA project, however, the MassDOT Highway Division and Rail Group will continue to manage early action projects.

Several permitting milestones which have been achieved this year include this month’s final USACE approval and the issuance of the Chapter 91 License, MassDEP 401 Permit and the Mass Coastal Zone Management Consistency Review.

The elements of Phase 1 of the South Coast Rail Program include:

· Upgrading the existing Middleborough Secondary track from Pilgrim Junction to Cotley Junction, (a distance of 7.1 miles),