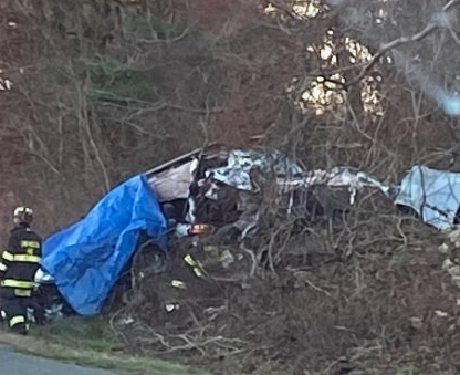 A Fall River man was killed in a highway crash this afternoon.

According to Massachusetts State Police, at approximately 2:20 p.m. today Troopers assigned to State Police-Dartmouth responded to reports of a vehicle that went off the road into the woodline on Route 195 eastbound at mile marker 9.2 in Somerset. The crash resulted in the fatality of the operator.

Preliminary investigation indicates that a 2010 Chevrolet Equinox was traveling on Route 195 in the area of Exit 4 when, for reasons still under investigation, the vehicle exited the roadway and rolled over. The operator and sole occupant was pronounced deceased at the scene. He has been identified as a 67-year-old Paul Sardinha of Fall River.

Troopers were assisted by MassDOT, Somerset Fire and EMS, and the Office of the Chief Medical Examiner. The scene was cleared and all lanes reopened at 5:45 p.m.