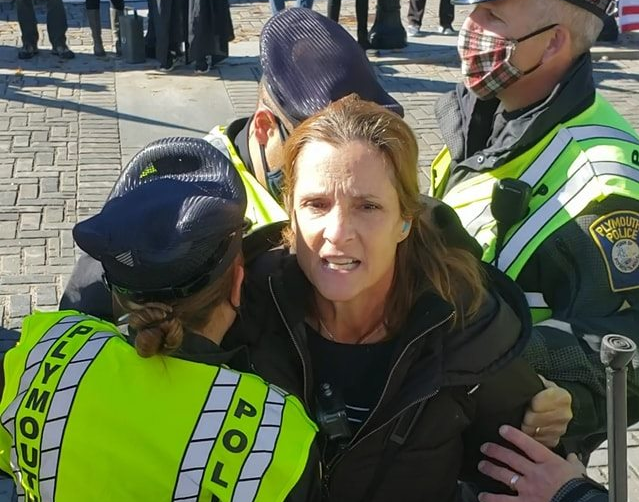 A popular former radio host was arrested Saturday afternoon at a Trump rally.

A “President Trump’s Plymouth Rock MASK-uerade” rally was organized by Dianna Ploss, a former host at WSMN who was let go in July after allegedly telling a landscaping crew to speak English and questioning their immigration status.

The rally took place starting at noon and was well attended by both Trump and anti-Trump supporters.

Ploss and Plymouth resident Rita Fiorillo got into an altercation at approximately 12:25 p.m., leading to the arrest of Ploss.

We contacted Fiorillo and she gave her account of the incident.

(Ploss) was angry that we made a wall of rainbow signs blocking Plymouth Rock and got there before she did. When she arrived, she tried to violently push her way to the street. When she was removed from one part of the wall by police, she moved in front of me. I annoyed her with my sign which she and her friend tried to grab out of my hands. I told her to stop touching my property or I would touch hers. She continued, so I knocked over her tripod and she took a swing at me and punched me in the mouth. She was arrested because the whole scene was in view of the police.” 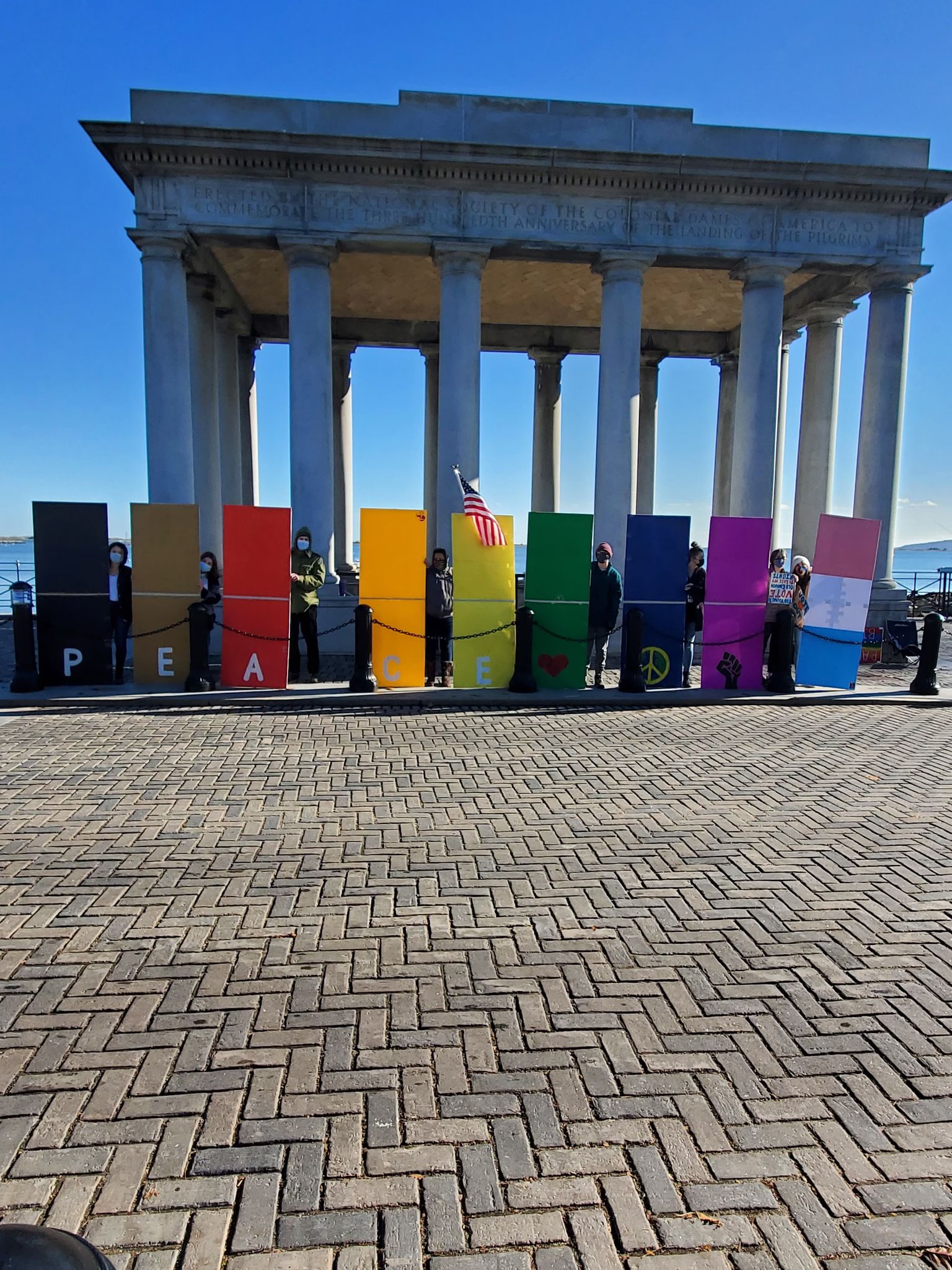 According to Fiorillo, her and Ploss and her supporters have had their share of run-ins.

“Dianna is a psycho. She goes from town to town terrorizing people and then plays the victim. She is an aggressive instigator. This is not my first violent interaction with Dianna. Dianna is in no way a victim. One of her followers attacked me with a flag pole a few weeks ago and another posted disgusting things about my trans son online saying that he is confused and doesn’t know what bathroom he should use and that he just turned 18 so he’s not off limits. Dianna is a master at angling her camera in a way that it looks like she is not the aggressor but from other angles it is clear that she is. She is a complete trash person that should not be taken seriously by anyone. I’ve had multiple interactions with her and her crew and have many screenshots and videos of her behaving badly.”

A woman attending the event in Plymouth today could also be heard calling black teenagers the n word, according to other attendees.

Ploss returned to the rally shortly after 2:30 p.m. after getting out of jail.

We contacted Ploss to get her version of events, but have yet to hear back as of this writing.