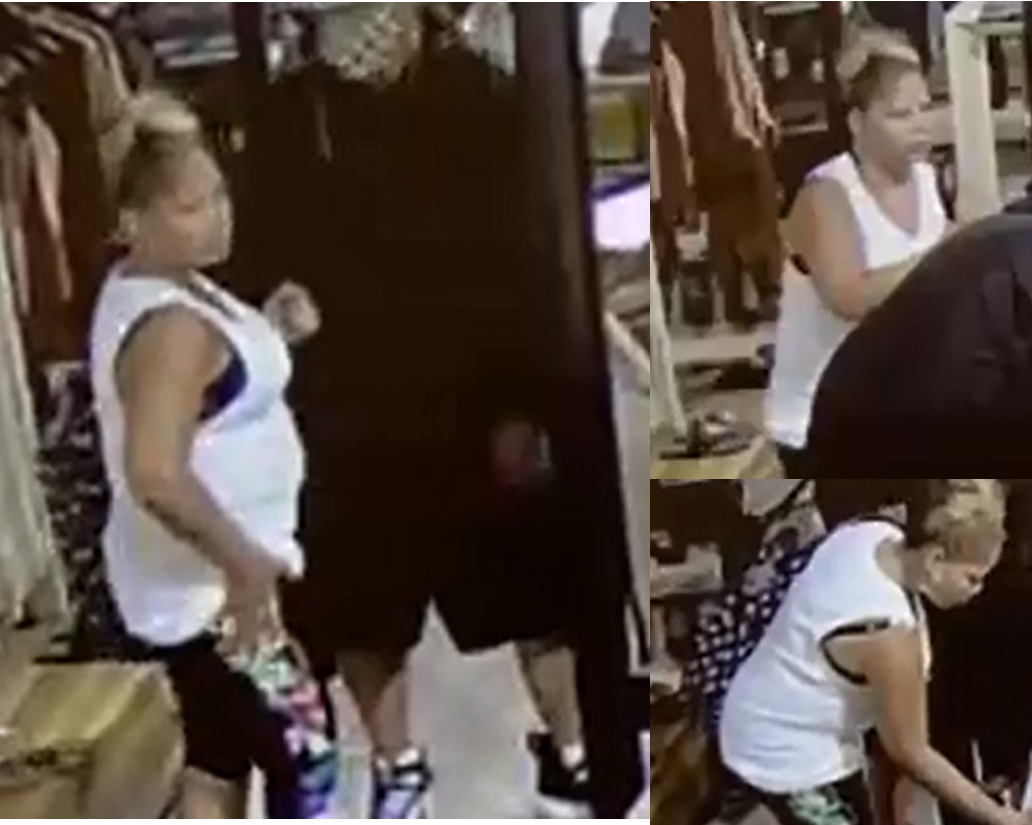 The two subjects depicted in the attached photos are responsible for two separate shoplifting incidents that have occurred in the month of July at the Banana Republic store in the Garden City Shopping Center, according to Cranston Police.

Over $4000 worth of clothing was stolen during the two incidents.

If you recognize these subjects or know their whereabouts please contact Det. Bob Lindsay at 401-477-5142.