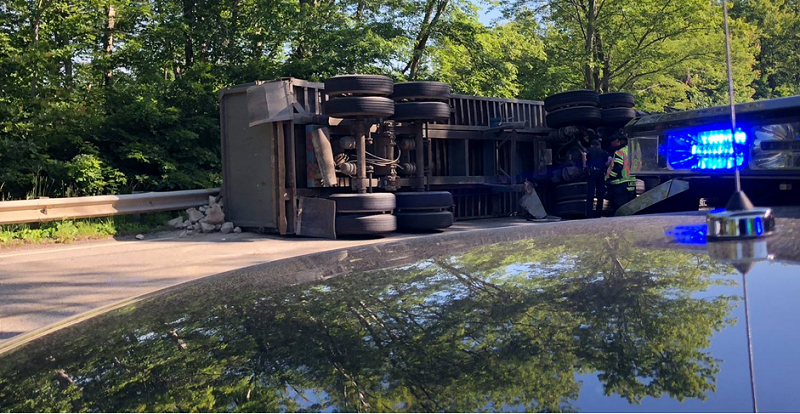 Responders discovered that the overturned tractor trailer had been loaded with gravel and rocks. Freetown Fire-Rescue evaluated the operator and later transported him to Rhode Island Hospital.

The crash caused significant traffic delays along South Main Street throughout the morning. The roadway was closed for approximately 5 hours while Big Wheel’s Towing worked to clear the scene.