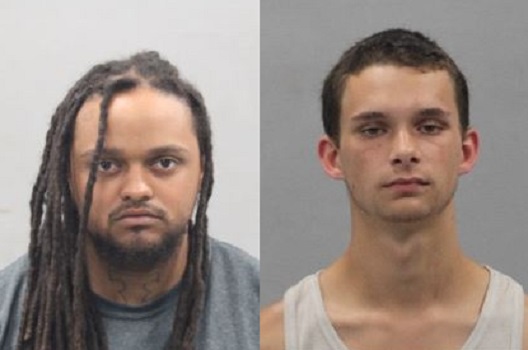 Authorities say that one man is wanted, and another has been captured after a teenager was wounded from a shooting in southeastern Massachusetts.

According to police, at the end of December, Barnstable Police officers responded to Crocker Street in Hyannis for a reported robbery and shooting.

Upon arrival, one of the victims had visible gunshot wounds to both of his arms. The 19-year-old victim was transported to Cape Cod Hospital where he underwent surgery for his injuries and was later transported to a Boston area trauma center.

Two individuals were developed as suspects in the incident, they have been identified as 26-year-old Kyle Mugford and 21-year-old Damein Gonsalves both of Hyannis.

Mugford was captured in Louisville, Kentucky on Monday. Gonsalves is approximately 5’02” tall 100-125lbs.

Both Mugford and Gonsalves are facing charges of Assault to Murder, Robbery Armed and Masked, Discharge Firearm 500 FT of Building, and Possess Firearm without an FID Card. There have been no firearms recovered from the incident. Gonsalves should be considered armed and dangerous.

Barnstable PD states that if you believe you know the location of Gonsalves, do not take any actions on your own. Immediately call the Barnstable Police Department at 508-778-3874 or the State Police Violent Fugitive Apprehension Section at 800-527-8873.