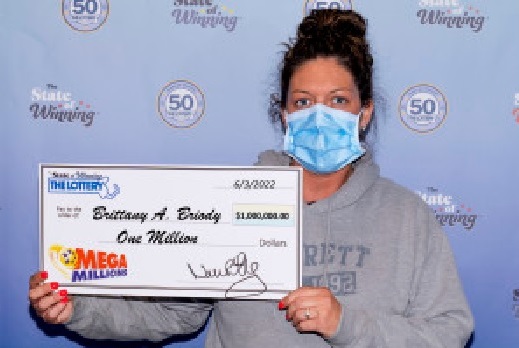 They say lighting can’t strike twice (even though it can), but how about three times?

A Massachusetts woman became the third million-dollar winner at the same store in merely a few weeks.

According to the Massachusetts State Lottery, Brittany Briody of Saugus is the winner of a $1 million Mega Millions prize after the first five numbers on her Quic Pic ticket matched those selected in the multi-state game’s drawing held Friday, June 3.

Briody, who claimed her prize at Massachusetts State Lottery headquarters in Dorchester, received a one-time payment of $1,000,000 (before taxes).

Briody purchased her winning ticket at Ted’s Stateline Mobil located at 551 Broadway in Methuen. She and her mother were driving to New Hampshire when her mother suggested that they stop at Ted’s to buy a ticket because of its reputation as a “lucky store.”

This is the third $1 million prize won on a ticket sold at Ted’s Stateline Mobil since May 1. The other two prizes were won on instant tickets. The store receives a $10,000 bonus for its sale of this ticket.