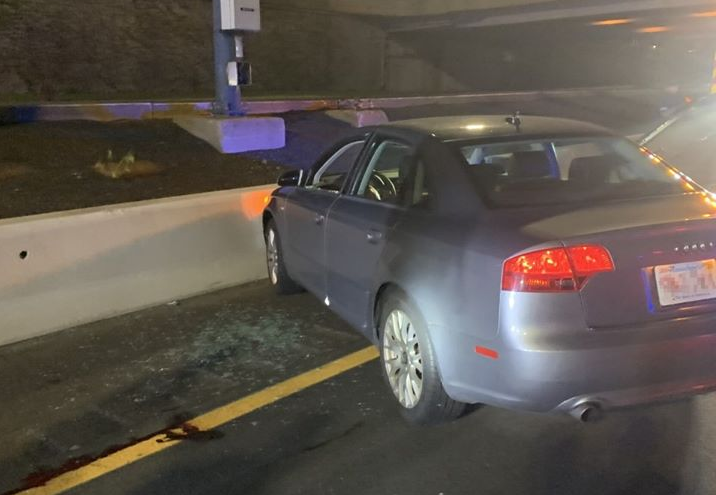 A bystander who has been busy being a hero on the front line helping save lives was in the right place at the right time Sunday to save another life while off the clock.

According to MSP, Massachusetts State Troopers Joe Cordes, Miguel McGovern, and Joe Page, all from the Ted Williams Tunnel Barracks, responded to a crash on Route 93 southbound in Boston last night. They found the operator unresponsive behind the wheel and had to break the window and remove him from the vehicle,

Finding no pulse and suspecting that the man was suffering from a medical condition that led to the crash, the Troopers began CPR and deployed their issued Automatic External Defibrillator.

As the Troopers awaited the arrival of emergency medical personnel, they were joined by the hero of the Day, Alexa Sequira, an emergency room nurse at Winchester Hospital. Sequira was heading home after her own long day at work when she came upon the scene and stopped to assist the Troopers. Their combined efforts were successful, as they were able to revive the man and assist in his transport to Boston Medical Center.

The man was awake and alert at the hospital and is expected to make a full recovery.