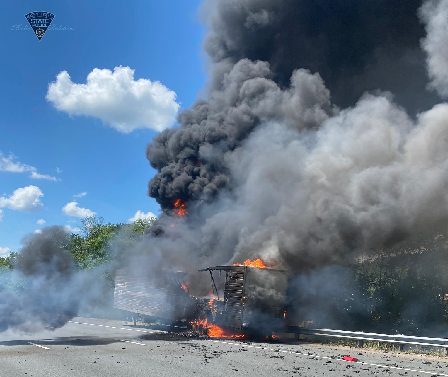 A Massachusetts State Trooper and a firefighter were both injured in a Sunday afternoon crash.

The cruiser was on the scene of a tractor trailer fire with the Holyoke Fire Department.

The force of the crash pushed the cruiser into a Holyoke Firefighter who was at the scene on foot attending to the fire.

The operator of the vehicle, the State Trooper, and the firefighter were all transported to Bay State Medical Center in Springfield with non-life-threatening injuries.

The incident, including any charges, is under investigation by Massachusetts State Police personnel.