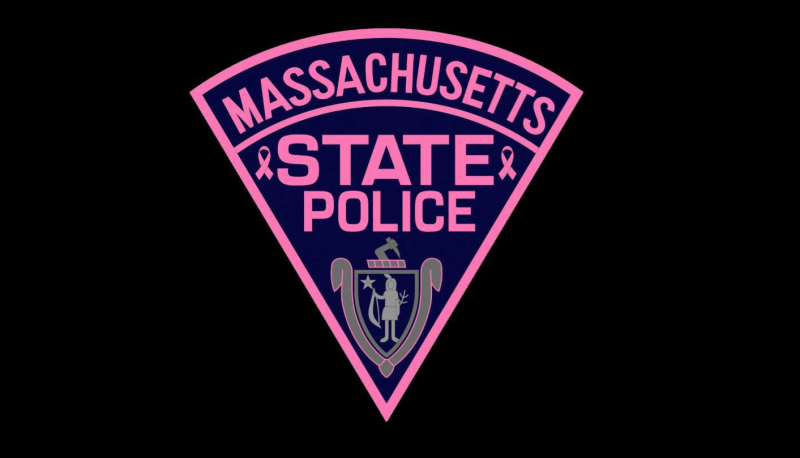 The Massachusetts State Police, in partnership with the State Police Association of Massachusetts, are pleased to participate in the Pink Patch Project (PPP). The goal of the project is to raise funds to further the research, treatment, and care of those who are battling or have battled cancer.

The PPP is a collaborative effort between 170+ public service agencies from all over the nation, including law enforcement, fire, EMS, and Federal agencies. These agencies have partnered to combat breast cancer by raising public awareness and raising funds for breast cancer research and treatment. The program centers on vibrant pink versions of the public safety agencies’ uniform patch. These bright pink patches have been specially designed by each participating agency specifically for the PPP campaign.

The pink patches are intended to stimulate conversation with the community and to encourage public awareness about the importance of early detection and the on-going fight against this disease. Each agency runs their program separately and independently and in a way that best fits their community. Some are selling just their pink patches and others are selling everything from patches and t-shirts, to challenge coins, stickers, dog tags, etc. The PPP partnership is simply a way to unify the various agencies under a common theme with the goal of fighting breast cancer.

For more information on the Pink Patch Project and how it started, go to www.PinkPatchProject.com

The Massachusetts State Police is selling a limited supply of the pink MSP patches for $10 each. All proceeds raised will be donated to the Dana-Farber Cancer Institute in Boston.

To receive a patch, send $10 cash, and a self-addressed stamped envelope to Trooper Dustin Fitch, attention “Pink Patch Project” on the envelope, to:

Please contact Trooper Dustin Fitch at 508-820-2623 or email PinkPatchProject@MassMail.State.MA.US with any questions.

After receiving your patch, take photos with it, and tag Massachusetts State Police, using #MSPpinkpatch and #PinkPatchProject. They may share your photos on our social media.