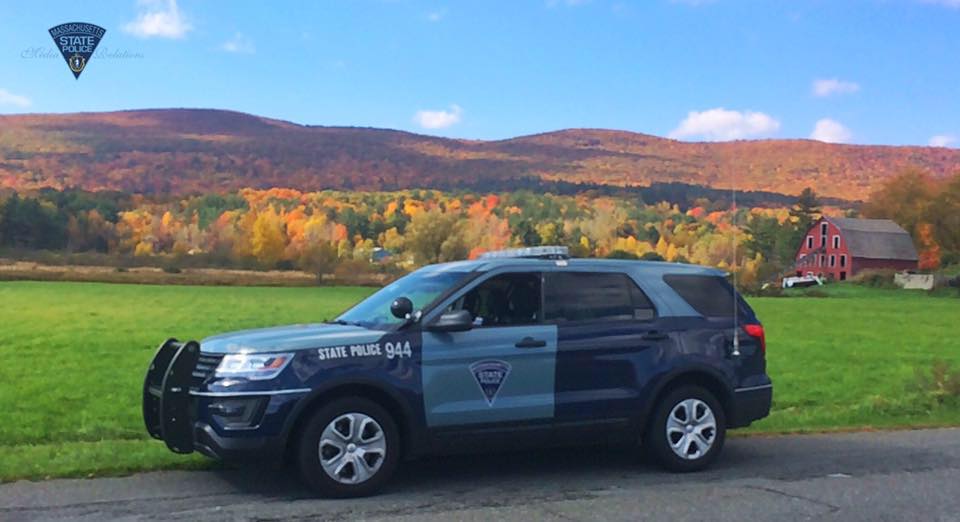 A Massachusetts driver was killed in a serious crash on Route 93 just before noon and hours later a woman was rescued just off of Route 93.

At about 11:58 a.m., troopers from State Police- Andover responded to calls of a motor vehicle crash on Route 93 northbound, just north of Exit 42, in Andover that resulted in the death of a 35-year-old man from Dorchester.

Preliminary investigation indicates, the man was operating a 2006 Chevrolet van in the left travel lane when, for reasons still under investigation, he lost control of his vehicle causing it to roll over in the right travel lanes. The van struck a 2010 Subaru Legacy that was traveling northbound in the right lane before coming to rest in the wood line.

The operator and sole occupant of the Chevrolet was not wearing a seatbelt and was ejected from the vehicle. The man was transported by Andover EMS to Lawrence General Hospital where he was subsequently pronounced deceased.

The operator of the Subaru, a 34-year-old man from, Dorchester, was not injured.

The crash remains under investigation by Troop A of the Massachusetts State Police along with the Collision Analysis Reconstruction Section, and Crime Scene Services Section. Troopers were assisted on scene by MassDOT.

Hours after the crash, a woman was rescued after a serious fall.

According to Dave Procopio of Massachusetts State Police, at approximately 5:30 p.m., the Quincy Fire Department, Massachusetts State Troopers, and an ambulance responded to Swingles Quarry for a young adult woman who fell a significant distance from a rock ledge.

Firefighters extracted the victim from the location where she landed after falling approximately 60 feet. Preliminary observation on-scene suggests the woman has serious but non-life threatening injuries.

Troopers shut down the right travel lane and breakdown lane on Route 93 southbound to facilitate the rescue. The victim was transported by Brewster Ambulance to Boston Medical Center.