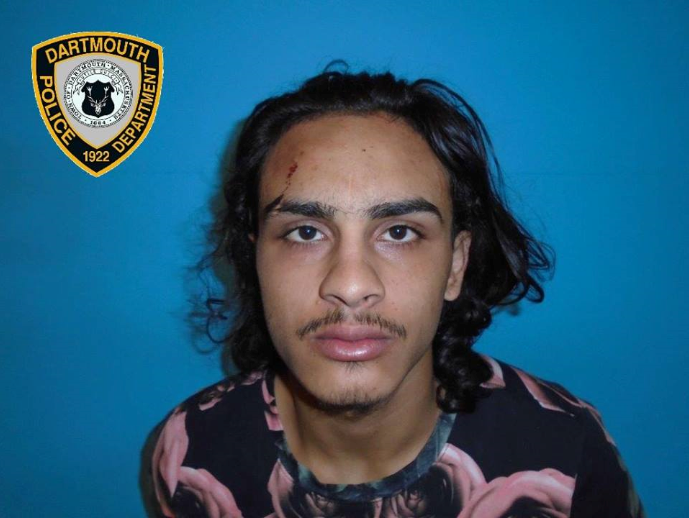 According to Dartmouth Police, on Sunday, June 24, 2018 at approximately 2:45 p.m., Officer Colby Cusson stopped a vehicle for erratic operation near the Stop & Shop plaza on Faunce Corner Road.

During the course of the investigation it was learned that one of the passengers, identified as Lupe Martinez, 31, of Dartmouth, had five outstanding warrants.

Prior to Martinez being taken into custody, he fled from the vehicle.

A short time later, Officer Jared White and his K-9 partner “Reaper” arrived on location to assist in locating Martinez.

After a track was established, Martinez was located in heavy brush in the woods located behind Lowe’s.

Subsequent to being arrested, Martinez was transported to Dartmouth Police Headquarters to be booked.

While there, Martinez received medical attention for several scratches he received while running through the thick brush. 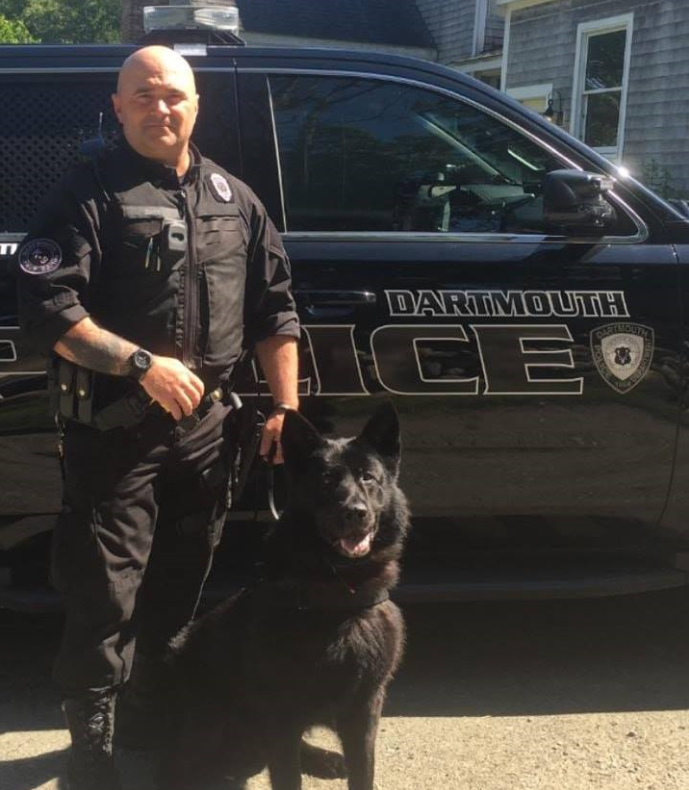