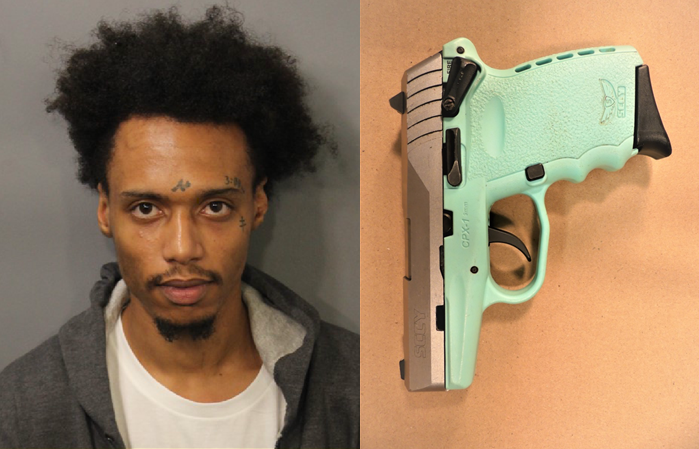 According to Captain Daniel Dube, at approximately 8:00 p.m., members of the Fall River Police Department Gun Violence Task Force conducted a motor vehicle stop in the area of Davis and Pine Streets. The vehicle was being operated by Malik Staten, 23, of Yarmouth Port, Massachusetts.

As the vehicle stopped, Staten exited the vehicle and attempted to flee. Detective Greg Homen and Massachusetts State Trooper Rob McCarthy quickly apprehended Staten and placed him in custody.

Chief Jeffrey Cardoza stated “I want to applaud Detective Homen and the Gun Violence Task Force for removing another gun from our community. We will continue our efforts to stop people from bringing firearms into the city”.