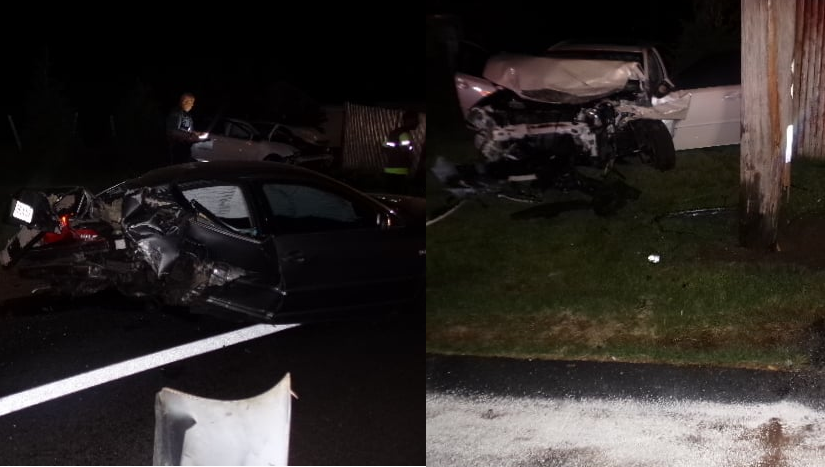 According to the Rehoboth Fire Department, at 2:16 a.m., the RFD along with Rehoboth Police and Rehoboth Ambulance Committee, Inc. responded to a report of a motor vehicle accident with a vehicle leaking gas and unknown injuries.

Upon arrival, it was discovered by responders that they had an incident that was much more than just a car leaking gas. It was a 2 car accident that struck and snapped a pole at the 300 block of Winthrop Street.

There where 4 occupants requiring transport, according to the Fire Department, so an additional ambulance from Rehoboth responded along with mutual aid from both Seekonk and Attleboro.

The accident remains under investigation by Rehoboth Police.