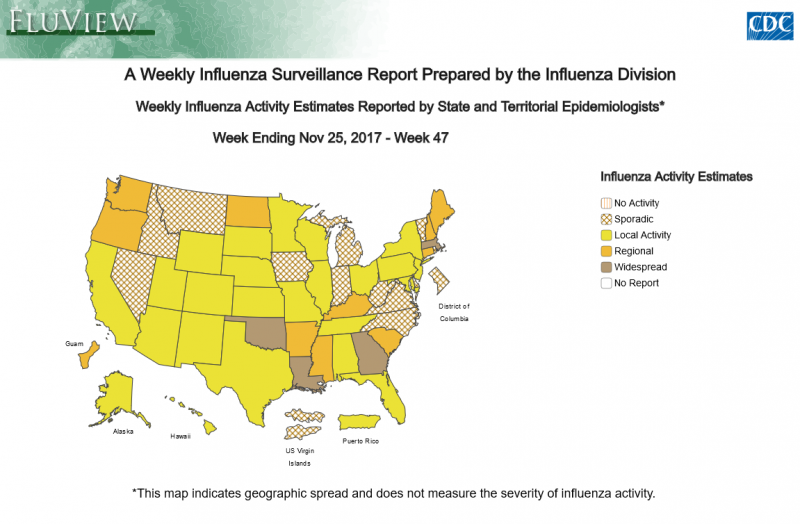 According to the CDC, widespread influenza activity was reported by four states (Georgia, Louisiana, Massachusetts, and Oklahoma).

Influenza A(H3N2) viruses were most commonly reported during the week ending November 25 and have been the predominant virus so far this season. Several flu activity indicators were higher than is typically seen for this time of year.

The CDC recommends that everyone 6 months and older get an injectable flu vaccine as soon as possible.