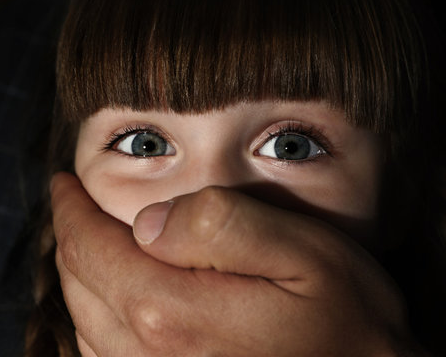 The FBI is warning the public of the potential threat of individuals posing as minors on popular social media or social networks to lure victims in lieu of immediate, in-person ruse with the intent to abduct. Due to COVID-19 related school closures, minors likely will be at greater risk for encountering offenders online as they seek to occupy their free time with increased social media use.

The FBI defines child abduction as the unexplained disappearance of a minor, especially very young minors (generally, any child under 12). Additionally, the FBI defines “social media” as websites and mobile applications that allow users to create and share content or to participate in social networking. “Social networks” however, are defined as websites and mobile applications used to interact with other users or to find people with similar interests.

While criminals exploit social media and social networks to commit crimes involving child sexual abuse material, sex trafficking of a minor, and child sex tourism, the use of these platforms to facilitate child abductions is lesser known.

FBI investigations indicate child abductors can use social media, social networks, and dating applications to identify, initiate contact, and gain access to children prior to their abduction. Potential child abductors use these tools as lower-risk methods of gaining access to and luring child victims, compared to other methods such as an in-person ruse. In some cases, child victims are groomed online, enticing the victim to meeting with an abductor in person, which can then lead to them being taken against their will.

Due to the availability of the Internet to all age groups, potential abductors can mislead children by pretending to be someone in their age group and creating a relationship of false trust. While the stated minimum age for most social media and social networking websites and applications is 13, younger children can, and often do, find alternate ways to gain access.

Prior to the COVID-19 pandemic, children had access to playgrounds, bus stops, malls, and public spaces more frequently. And while the risk of abduction existed, a criminal abducting a minor in person in a public place was at greater risk of exposure due to potential witnesses. The risk of immediate detection is much lower online. Although the number of abductions in which offenders used social media and social networks as the initial contact accounts for a small percentage of FBI child abduction investigations, as children spend more time on a computer or mobile devices with access to social media or networks, the FBI expects the percentage of offenders using social media or networks as the initial contact method to increase. Open source research indicates 22 percent of teenagers log on to their preferred social media website more than 10 times per day and 50 percent of children log on more than once a day. Due to their limited capacity for self-regulation and their heightened susceptibility to peer pressure, children are at greater risk of falling prey to potential child abductors as they navigate social media.

With current restrictions due to the COVID-19 pandemic, schools in many areas of the United States are likely to remain closed, resulting in children being left at home and potentially unsupervised due to reduced daycare options and parents having to return to work. As a result, they are likely to spend more time on the Internet, further increasing their vulnerability.

During and prior to COVID-19 restrictions, the FBI identified instances where social media or social networks were used to facilitate child abductions, such as in the following examples:

In June 2020, a 13-year-old girl was reported missing by her father, who stated she met someone on social media the week prior. The 13-year-old used social media to communicate with a 21-year-old man who traveled from Louisiana to Texas to pick up the girl. Customs and Border Protection intercepted the abductor’s vehicle, recovered the victim, and arrested and charged the abductor with aggravated kidnapping and sexual assault. The victim later revealed she believed she found a new friend online who would help her run away to Mexico.

In October 2019, an 11-year-old girl was reported missing. She had been using a social media application to connect with two people, who communicated with the child over the course of several months. The individuals later revealed they planned to abduct the girl and instructed her to bring her passport and immunization records when they met. The victim was recovered and reunited her with her family before the abductors could fully follow through with their plan.

In March 2016, a 13-year-old girl left her home to meet with an individual she had been communicating with online, whom she thought was a young boy. When she arrived at the agreed upon meeting place, she realized he was not who he claimed to be, but he forced her into his car and sped away. The abductor physically and sexually assaulted her. The FBI recovered the victim four days after the kidnapping, when the abductor posted online images of himself abusing the victim.

If you believe you are or someone you know is the target or victim of child abduction:

Contact your local law enforcement agency or your local FBI field office (contact information can be found at https://www.fbi.gov/contact-us/field-offices

File a complaint online with the FBI’s Internet Crime Complaint Center at www.IC3.gov

Victims are encouraged to keep all original documentation, emails, text messages, and logs of communication with the subject. Do not delete anything before law enforcement is able to review it; and

Tell law enforcement everything about the online encounters. It may be embarrassing for the parent or child, but it is necessary to find the offender. When reporting online scams, be as descriptive as possible in the complaint form by providing:
Name and/or username of the subject
Email addresses and phone numbers used by the subject
Web sites used by the subject
Description of all interaction with the subject

What to Do if Your Device Has Been Compromised

Do not forward any suspected e-mails or files.
Disconnect the device from all networks immediately and turn off Wi-Fi and Bluetooth.
Consult with your corporate IT department, ensuring they are notified of any significant changes.
If there is no IT department, consult with qualified third-party cyber security experts.
Report cyber attacks or scams to the Internet Crime Complaint Center at IC3.gov.

It is helpful for law enforcement to have as much information as possible to use in the course of investigating these incidents; however, it is not required in order to receive assistance.