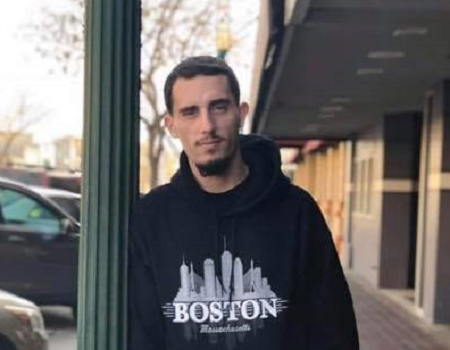 Family and friends are coming to grips with the loss of a Fall River man as the suspects charged involving his death are set to be arraigned.

One of Vieira’s friends, Shawn Maloney, has been thinking back to the good times he shared with Jorge Vieira, the 25-year-old victim of Saturday’s fatal stabbing.

“Jorge was a good kid. He was like my younger brother since I never had siblings. We used to spend so many nights together. My girlfriend was always making him meals.”

Maloney will always remember his smile and laugh.

“He had such a warm smile. Lit up any room he walked into. He was always laughing and his laugh always made you laugh. He wanted to do better with his life and he was actively trying. We’re going to miss him. My family, my kids, and anyone who knew him. This is all an act of senseless violence. It really is heartbreaking.”

Nathan Silva, 23, of New Bedford, was arrested in Viera’s death without incident at the Motel 6 in Seekonk Saturday.

Jessica Brophy, 27, of Fall River, was also arrested yesterday and charged with Accessory to Murder-After the Fact.

Viera is originally from California, but moved to Massachusetts from Idaho in 2011.

According to Shawn, Jorge was hoping to go back to California. Now he will never get that chance.