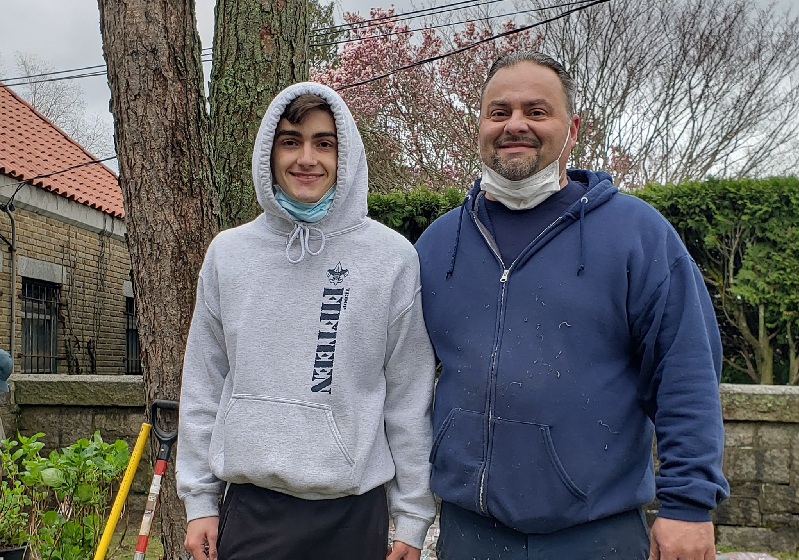 A piece of Fall River is nicer today thanks to a Fall River teen and some volunteers.

According to his father Rui, Michael Santos, who is a senior student at Diman Regional in the plumbing shop, is finishing up his scouting career in grand style.

Michael is a member of Scout Troop 15 in Fall River and has been involved in scouting since the first grade, according to Rui.

The younger Santos is required to complete an Eagle Scout project to obtain the rank of Eagle Scout, the highest rank you can achieve in scouting. 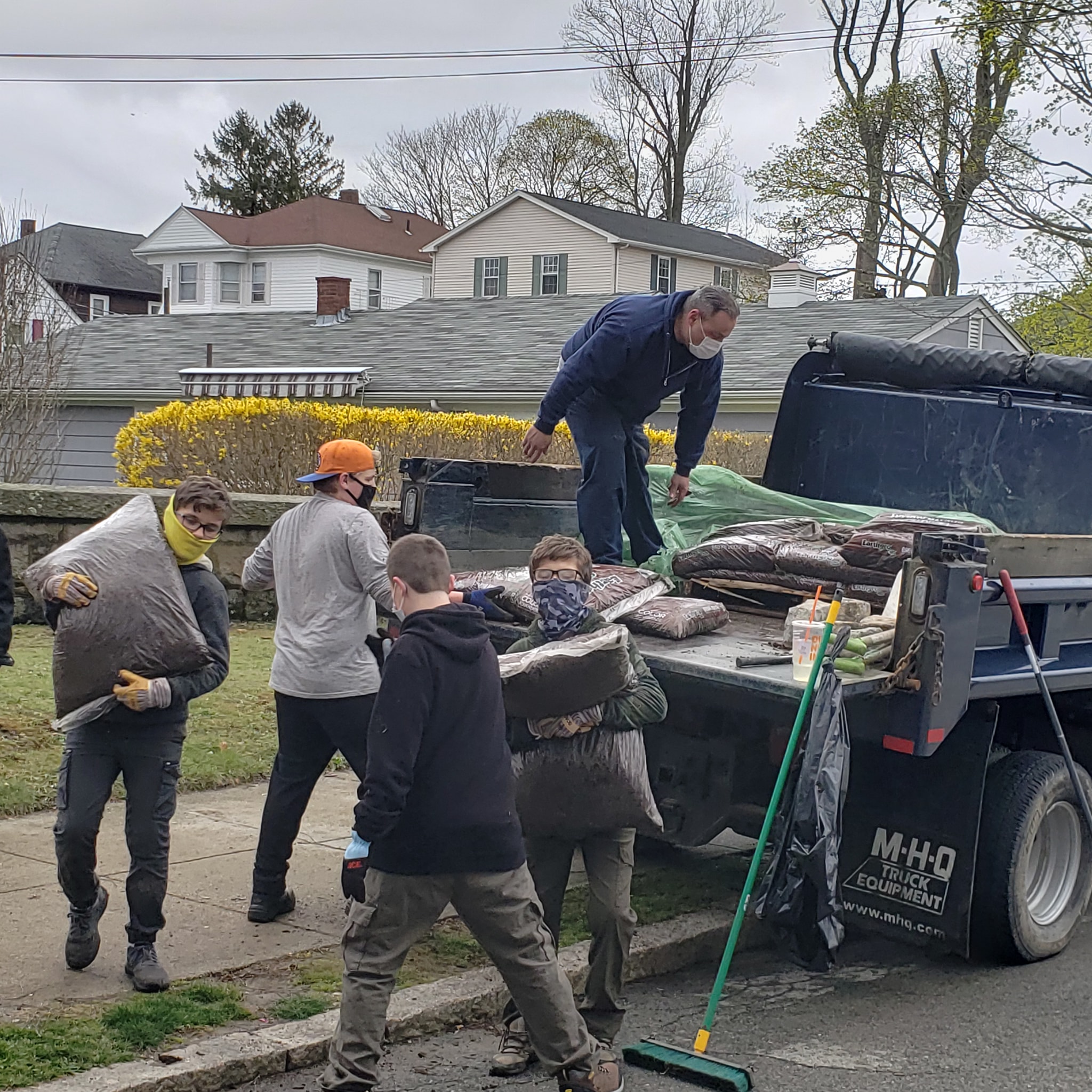 As part of the project, Michael had to initiate and organize the event by reaching out to the community and seeing where there was a need. He also had to arrange volunteers and reach out for donations.

The activity selected was planting hydrangeas, the city’s flower, in front of the beautiful granite archway at Oak Grove Cemetery. 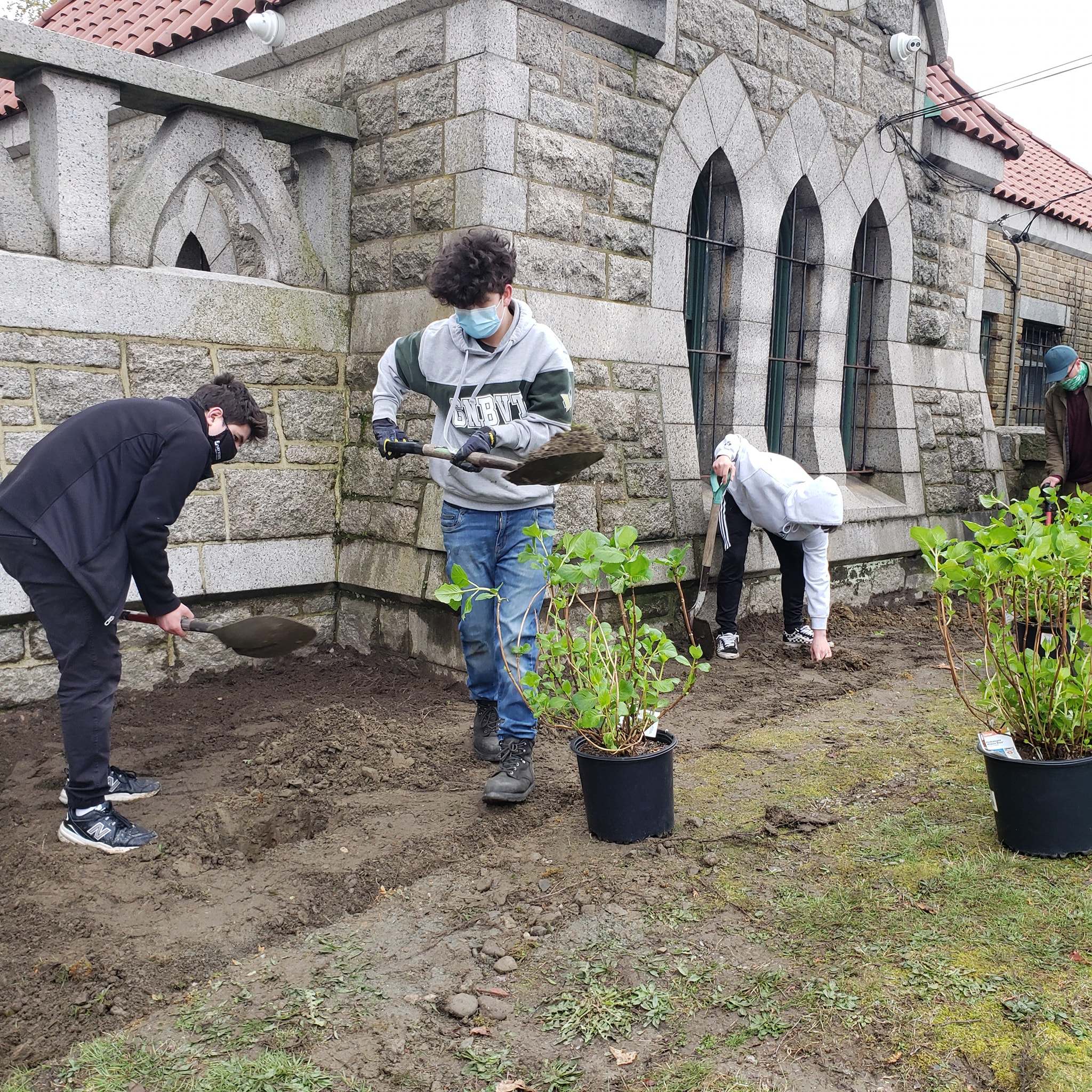 The volunteers who helped Michael accomplish his goal were current and former members of the troop as well as friends and family, including father Rui. 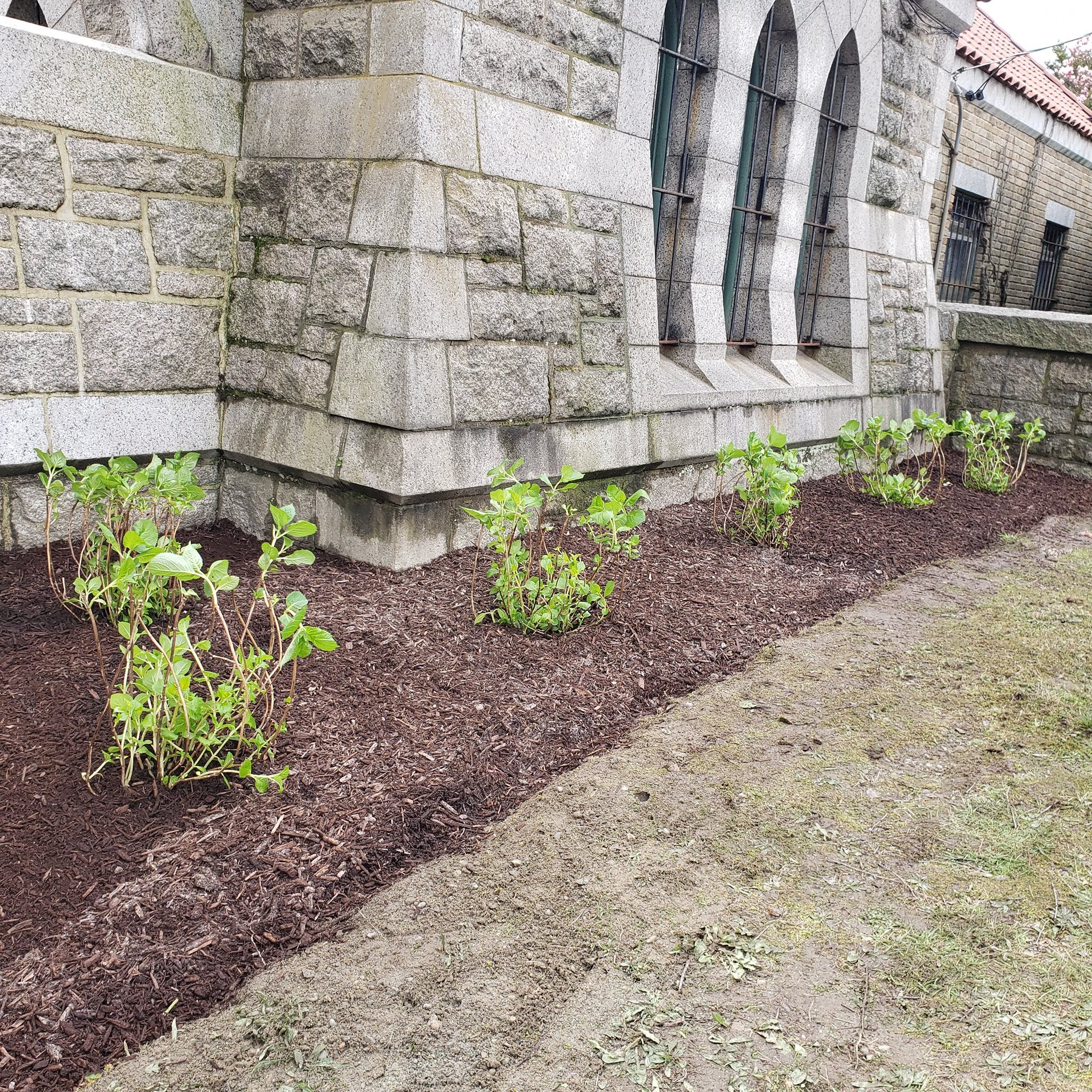 I think it is safe to say that a good job was done by all and thanks to the volunteers and Michael for making a part of the city a little more beautiful!