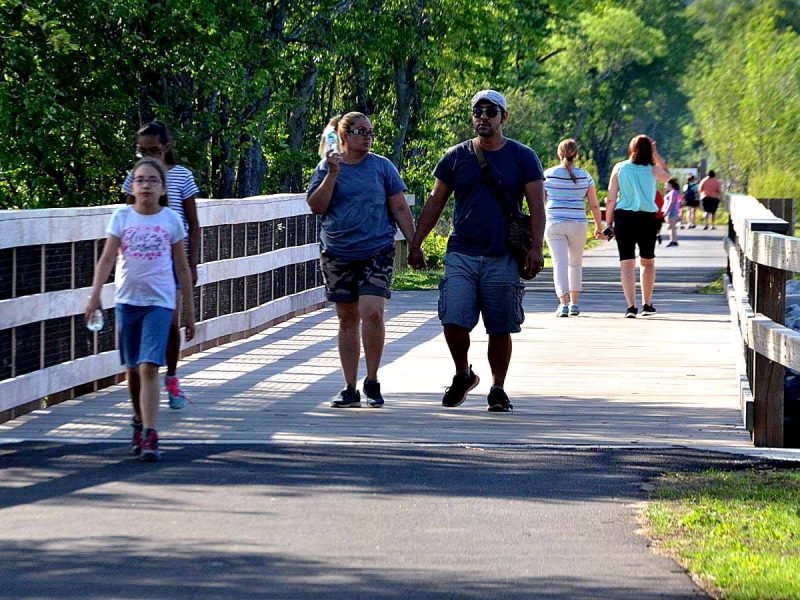 (Fall River, MA- April 7th 2021)- On April 5, 2021, the Massachusetts Department of Transportation announced Fall River as the recipient of a $229,256.55 grant in the fifth round of funding from the Baker-Polito Administration’s Shared Winter Streets and Spaces program. The program, which was launched on November 10, 2020, provides technical and funding assistance to help Massachusetts cities and towns conceive, design, and implement tactical changes to curbs, streets, and parking areas in support of public health, safe mobility, and renewed commerce, with a special focus on the challenges of winter.

“This grant provides an excellent opportunity for Fall River to become a safer and more enjoyable community for bikers and pedestrians alike,” remarked Mayor Paul Coogan. “These infrastructure improvements will have remarkable benefits for residents of all ages and will make it easier to access some of Fall River’s greatest amenities including our waterfront, our growing downtown and the beautiful Quequechan Rail Trail.”

The goal of Fall River’s Reimagined Streets Pedestrian and Bicyclist Project, which will begin this spring, is to increase pedestrian and bicyclist safety and mobility, improve connections between neighborhoods, commercial corridors and public spaces, while encouraging outdoor exploration and active transportation around the project area.

The project concepts and plans were designed by Kittelson and Associates – a MassDOT technical assistance provider. Sarah Labossiere, Coordinator for Mass in Motion-Fall River, who was also instrumental in the project’s design, said “With these improvements, it is our hope that Fall River folks who walk, bike and roll through this project area will find safer and more inviting connections to their destinations. In turn, we hope that this will increase active transportation/recreation in the city and highlight the many natural, cultural and commercial resources along the route.