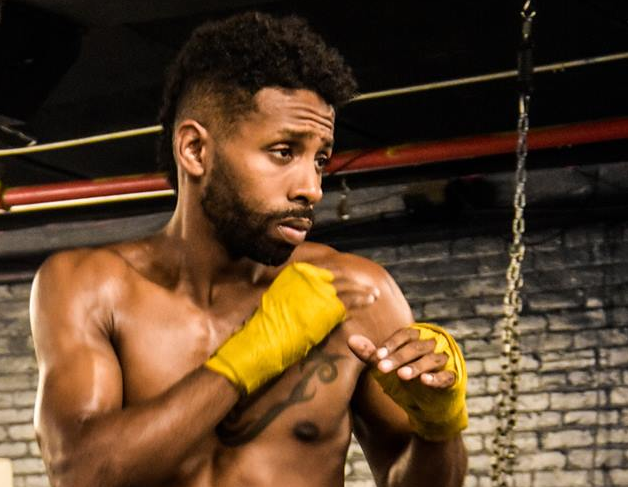 As he prepares to step into the ring and make his professional boxing debut this month, Fall River resident Kris Jacobs knows the road to this point wasn’t always easy.

Born in Brighton, Kris and his brother were both raised by his mother after his father left the family when he was very young. Fearing a lack of leadership, his mother placed both him and his brother in the hands of a man named Craig Adams who taught both of them discipline, determination, and diligence. Adams began teaching Kris the study of martial arts and did so for over 10 years before Kris returned back to Fall River. During this time, he began to put all of these skills he learned to good use in the ring and started boxing under the tutelage of Charles “Chick” Rose.

After putting in a good deal of time in the gym and working with a variety of trainers, Kris is now ready to make his professional boxing debut with trainer David Mahmoud. Kris’ first pro fight is set to take place Friday September 14th at Twin River Casino in Lincoln, RI. He will be putting it all on the line against a tough Massachusetts fighter by the name of Andy Aiello.

In a city that has turned more to MMA, Jacobs is ready to bring the win back to the city of Fall River and inspire more participants to the sport.