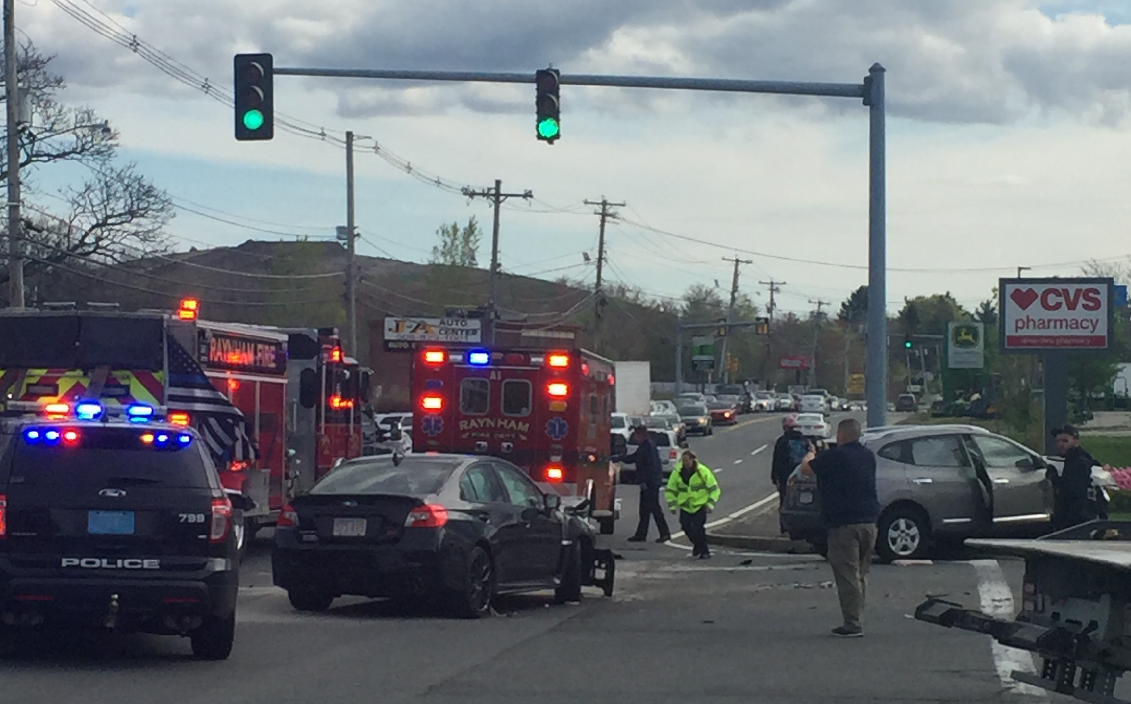 At approximately 4 p.m., first responders were notified of a crash in the area of 240 Broadway, near Market Basket.

Upon arrival, police and fire personnel located an 83-year-old Taunton woman who had suffered injuries that are believed to be serious but non-life-threatening. The woman was transported by ambulance to the Wal-Mart parking lot on Route 138 where she was picked up by a medical helicopter and flown to Rhode Island Hospital in Providence.

The driver of the other vehicle, a 31-year-old Fall River woman suffered injuries that are believed to be non-life-threatening. She was transported by ambulance to Morton Hospital in Taunton. There were no other occupants of either vehicle.

Raynham Police conducted accident reconstruction and determined that the 83-year-old woman, who was driving a 2014 Nissan Rogue, was turning left into the Market Basket parking lot when she collided head-on with the 31-year-old woman’s 2020 Subaru wagon. The 31-year-old was travelling on the opposite side of the road.

Route 138 was closed down to one lane of traffic while the scene was still active. The road has since been reopened.