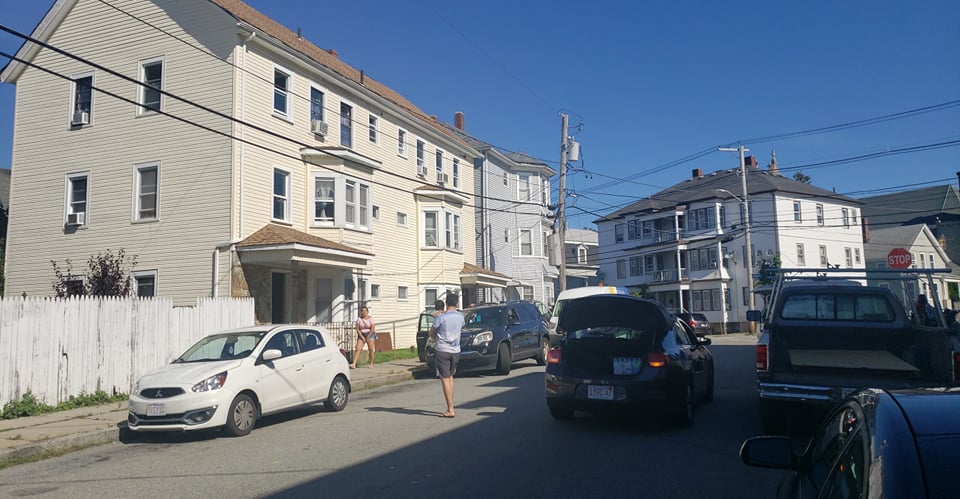 A 3 story apartment building left residents without a home after a gas line was hit Saturday morning.

A Fall River police officer was flagged down and then called into dispatch at approximately 8:50 p.m. for a strong odor of natural gas at 103 Tuttle Street which also has an address of 91 Tuttle Street. He requested that the fire department come to the scene as soon as possible due to the smell.

Police then began evacuating the tenants of the 6 family home.

A resident of the building told Fall River Reporter that a wall collapsed from the chimney collapsing.

Residents could be seen putting bags filled with belongings into vehicles.

According to Captain Barden Castro of FRPD, 8 residents have been displaced and will be assisted in housing placement by the owner of the property.