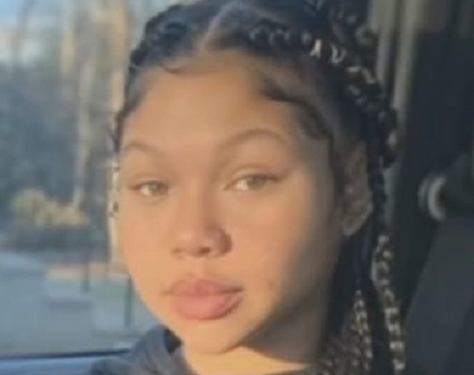 The Saint Lucie Medical Examiner’s office in Florida has confirmed that the deceased body located last week in a field off of Route 95 in Fellsmere, Florida, ​is that of 18-year-old Jalajhia Finklea. An autopsy performed in Florida has also confirmed that Finklea’s death was caused by two gunshot wounds and that the death was a homicide, Bristol County District Attorney Thomas M. Quinn III announced.

The 37-year-old Florida man wanted in connection with the disappearance of Finklea, who was last seen getting into his vehicle in New Bedford, died in Crestview, Florida on November 5 while US Marshall’s were attempting to take him into custody.

New Bedford Police, working in conjunction with Massachusetts State Police detectives assigned to the Bristol County District Attorney’s office, have been investigating the disappearance of Jalajhia Finklea since shortly after she went missing on October 20th.

Finklea was last seen in New Bedford getting into the Luis Zaragoza’s vehicle, which investigators learned he recently rented from Logan Airport in Boston. Zaragoza is also known to go by the alias, Luis Barbosa or Luis Barboza.

As a result of the ongoing investigation into this matter, police learned Finklea’s cell phone was last used to call the suspect shortly before she got into his vehicle. Further investigation determined that the Zaragoza turned off his own cell phone minutes after Finklea got into his rented vehicle.
During the course of the investigation, police were able to locate Finklea’s discarded cell phone on Route 140 in New Bedford, approximately five miles away from where she first entered into the suspect’s vehicle.

As police here in Massachusetts began to obtain more information about the suspect and his travels, the US Marshal’s were contacted to assist in the attempt to locate him and Finklea.

The US Marshal’s were able to successfully locate the suspect on the night of November 4, and began surveilling him. As the search for Finklea continued, police here in Massachusetts sought and obtained an arrest warrant for the suspect, charging him with kidnapping and larceny of a motor vehicle.
On November 5, US Marshal’s and an assisting Okaloosa County Sheriff’s deputy attempted to arrest the suspect at a McDonald’s parking lot in Crestview, Florida. The suspect, who was armed with a handgun, died during a confrontation with police.

The investigation into the shooting is being conducted by the Florida Department of Law Enforcement. All requests for information regarding that incident should be made to officials in Florida.

As a result of further investigation into the recent disappearance of Finklea, Massachusetts State Police detectives assigned to District Attorney Quinn’s office–working in conjunction with New Bedford Police detectives–developed more information on her potential whereabouts. That information was shared with the US Marshals and local law enforcement officials in Florida. As a result of that information, Florida law enforcement officials on November 25th found a deceased female body in a field off of Route 95 in Fellsmere, Florida. ​

With the assistance of the Florida Department of Law Enforcement, Troopers Brock Morrissette and Jeremiah Donovan of District Attorney Quinn’s Massachusetts State Police Detective Unit were able to obtain a digital extraction of Zaragoza’s cell phone. A forensic analysis of the cell phone conducted by the troopers revealed a typed note Zaragoza made explaining the events of October 20th. In the note, Zaragoza detailed his own depression, and stated that when Finklea was in his car on Coggeshall Street in New Bedford he “snapped.” He went on to type, “she is gone,” and provided turn by turn directions to where Finklea could be found in Fellsmere, Florida. This information led to the discovery of the deceased.

District Attorney Quinn thanked all the agencies who assisted in this investigation. Those agencies include:

-Multiple assets of the Massachusetts State Police, including the Air Wing, K9 and Logan Airport units

“I would like to commend the various law enforcement agencies who worked closely with us to help solve this terrible case. I’d like to specifically thank New Bedford Police Detectives Roberto Dacunha, Jason Gangi and Sgt. Tyrone Jones for their efforts during the investigation of this case. In addition, I want to thank Troopers Brock Morrissette and Jeremiah Donovan for their expertise in discovering the suspect’s statement about the events and the location of the deceased body,” District Attorney Quinn said. “This is a terrible tragedy for the family and my heart goes out to them. This brutal crime was clearly committed by somebody with a depraved mind.”