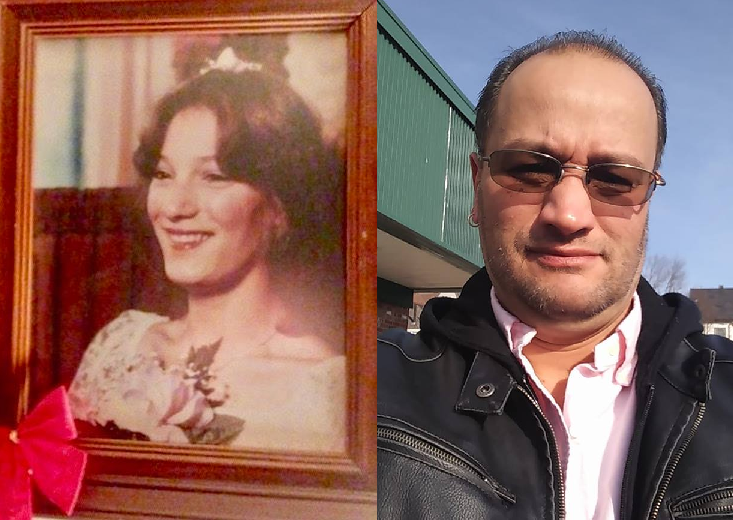 UPDATE: As of last year there have been no updates. We contacted Nadine’s brother Shawn. “July 12th will be 29 years since she disappeared and I believe she was murdered. Any information can be reported to FRPD. I want the murderer arrested and brought to justice.”

Terry Weber of Missing in New England sent us this story about the unsolved disappearance of Nadine Mendonca of Fall River and the pursuit of her brother Shawn to get to the truth.

Fall River, MA-Shortly before Shawn Mendonca’s father passed away last year, Shawn made a promise that he would find out what happened to Nadine Mendonca. Nadine was Shawn’s older sister who disappeared on Friday, July 12, 1991. She had gone out to play darts at Jake’s Saloon on Pleasant Street in Fall River and left with a male companion to give him a ride home. Nadine was never seen by her family again, leaving her parents heartbroken.

Two weeks later, New Bedford police found Nadine’s car, a 1980 Chevrolet Monte Carlo, at Weld Square in New Bedford. The driver’s side window had been smashed and blood was found in the trunk, according to Fall River Detective Michael Sweeney.

Shawn Mendonca brought this case to our attention a few months ago. Shawn is now 49 and he was 22 when Nadine disappeared. When we spoke to Shawn on the phone, we asked if his family had submitted DNA to the NAMUS database in the past. Shawn could not be sure, as his sister had disappeared in 1991, but the NAMUS database did not get up and running until the mid to late 90’s. We suggested that Shawn submit his DNA to NAMUS so that his blood could be cross-checked against the blood of any unidentified persons in the database. The collection of Shawn’s DNA is in process, but is being held up by a need for police records. While we are not sure why a police case number is not enough, we are attempting to help Shawn to get his sister’s records. Although challenging, even after 27 years it is possible to do DNA testing on bones and any physical evidence that was left behind at a crime scene.

Now, given that there was blood found in Nadine’s trunk, it seems that at minimum, Nadine suffered physical harm, if not death. But, since she or her body have not been found, all possibilities remain open.

There is one interesting unidentified woman’s body who was found in New Bedford in 1996, 5 years after Nadine disappeared. She is known as the Popes Island Jane Doe. Her age range was estimated at 30-45, and Nadine would have been 30 in 1996. Some of her physical characteristics are not an exact match, but the case reminds us of why it is important for families of the missing to submit their DNA to the national DNA database. The Popes Island Jane Doe should just be ruled in or out as a matter of completely investigating all possibilities. And once Nadine’s blood gets into the database it will be crosschecked against all unidentified bodies in America.

Does anyone out there still know what happened to Nadine Mendonca? You may call Fall River police at 508 676-8511 with any information.

Let’s help Shawn Mendonca keep a promise to his father. He said he would try to find out what happened to Nadine, and that’s all we can do is try.