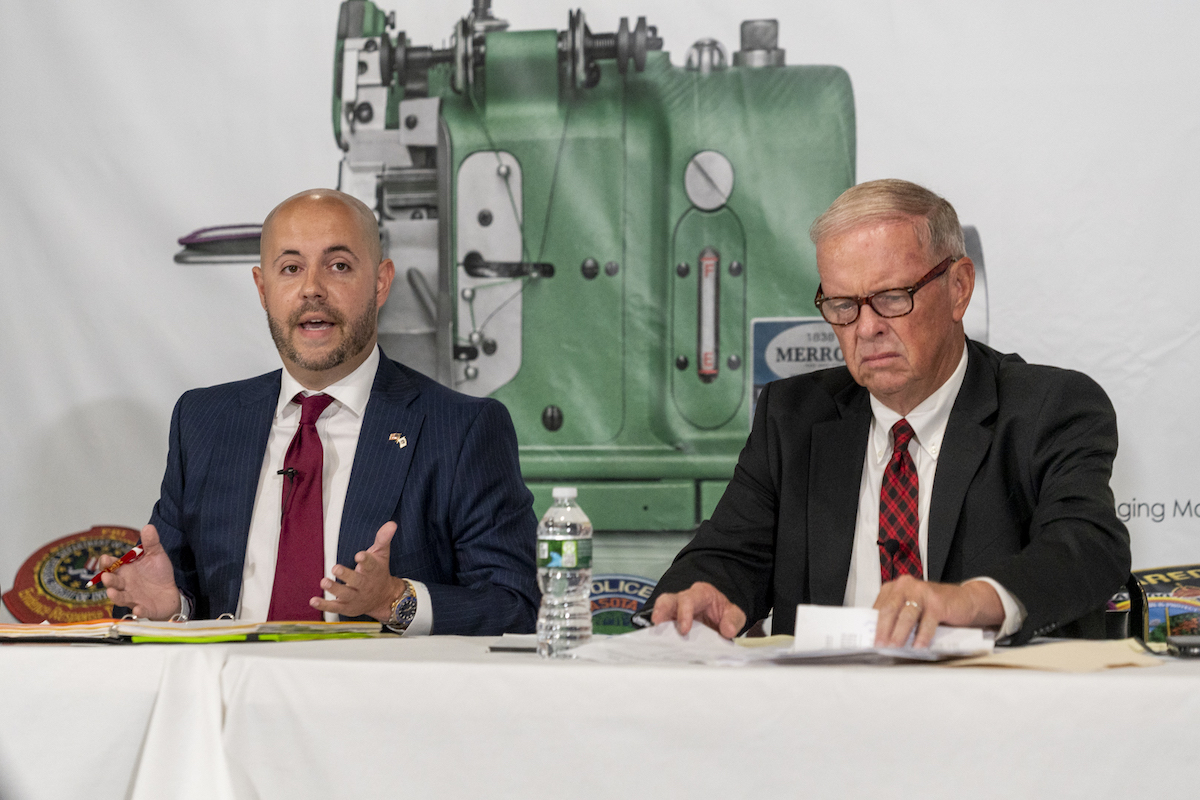 Last night, Fall River Reporter in partnership with Fall River Community Media hosted Fall River’s first preliminary mayoral debate at the Merrow Manufacturing building with it distributed live on Fall River Reporter’s Facebook and on Comcast Channel 95. The debate was well attended even though seating was limited due to space constraints and covid protocols of 6-foot spacing for seating. A replay of the debate can be viewed here:

As the moderator and organizer of the debate, I appreciated the three candidates that participated; incumbent Mayor Paul Coogan, current City Council President Cliff Ponte, and mayoral candidate Jonathan Albernaz. Michael Vandal was invited but did not attend.

Cliff Ponte supporters completely dominated the sign holding that commonly occurs outside the debate venue before and during debates and it wasn’t even close. Hundreds of horns honked in confirmation before and during the debate. In my view, it was a misstep by the Coogan campaign to decide against showing up in force with signs on one the busiest streets in the city.

While fellow City Councilor Linda Pereira strongly endorsed Paul Coogan a few weeks ago on the Marc Dion show, Councilor Chris Peckham showed up pre-debate and wasn’t shy about his support for Cliff Ponte, “I stopped by to show my support for Cliff because I’m done with the lies, cronyism, and nepotism that is blatantly being displayed by the current administration.” 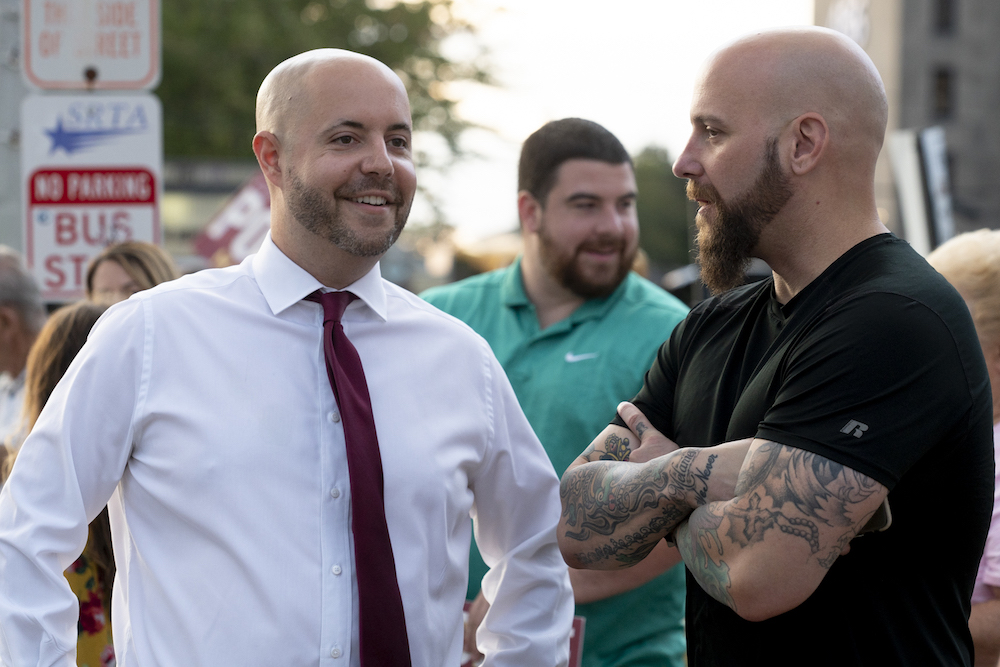 Jonathan Albernaz was the non-politician on the stage, a small business owner that let Cliff Ponte know pre-debate that he felt nervous, but seemed to perform just fine once the debate started. He was prepared and focused on a platform of limited government, personal freedoms, and a promise that the people will run city government. This is a risky approach in my view as most voters want experienced, confident leadership in the mayor’s seat, not people who will take a wait-and-see approach. I’ve seen this well-intentioned approach with candidates new to local politics, but I feel this approach is better suited for national populistic candidates, not for local elections.

City Council President Cliff had a well-balanced approach of getting key campaign points across and attacking incumbent mayor Paul Coogan. In political debates, non-incumbents start at a deficit and need to make up ground by attacking the record of the incumbent. Ponte was well polished and showed why he finished as the top vote-getter in the 2019 at-large City Council general election and elected to City Council President by his peers.

Paul Coogan counter-punched Ponte’s attacks by reminding voters on several occations of Ponte’s record on the City Council that many times aligned with Coogan’s past decisions. Coogan effectively corrected Ponte several times and showed why voters elected him in 2019. When attacked, it’s easy to get flustered, but it was clear Coogan was prepared and countered effectively.

Get out and vote!

The Fall River mayoral preliminary election will be held on September 21 with the top two vote-getters moving on to November’s general election. Residents are encouraged to call or stop by the Fall River Elections office to confirm their voter registration, polling location or other election needs like absentee ballots.